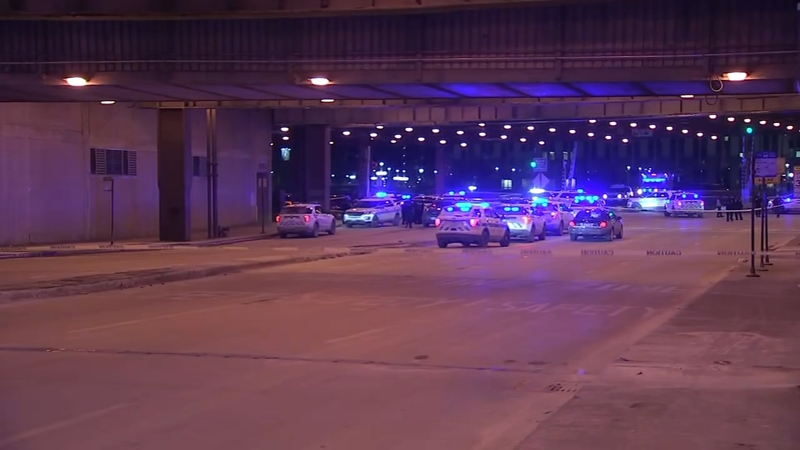 The shooting happened around 8:45 p.m. near Lower Wacker Drive and Columbus.

Chicago police said officers were attempting to stop a car that had been taken in a carjacking with three men inside. After pulling the car over, as officers approached the car, there was an exchange of gunfire, according to CPD.

Police said a 25-year-old man was shot by a CPD officer and taken to Northwestern Memorial Hospital in critical but stable condition.

The two other people in the car were taken into custody. Two weapons were recovered, police said.

The age and gender of the people in custody have not been released.