"They had no reason to shoot my child. He complied with them and all they had to do was grab him."
WLS
By Mark Rivera 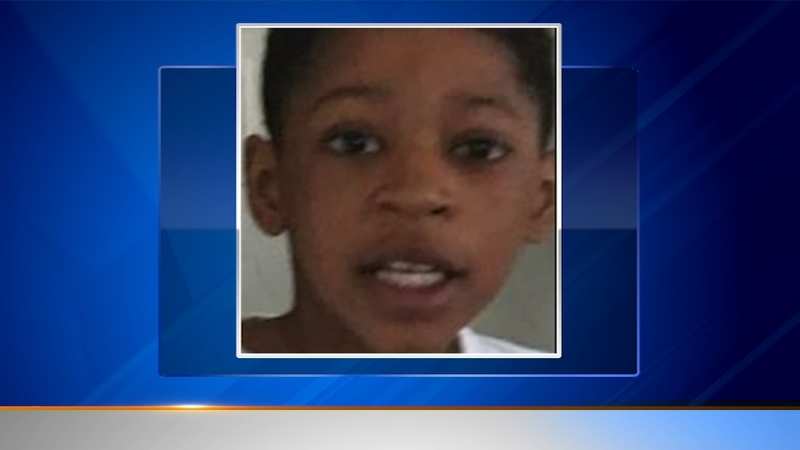 CHICAGO (WLS) -- Emotions were high at Stroger Hospital where the mother of a 13-year-old boy shot and critically wounded by Chicago police spoke publicly for the first time Thursday.

Cierra Corbitt filed a federal lawsuit Thursday against the city and the police officer who shot her son.

"I'm just concerned about my child. He may not walk again," she said. "He laying up there, he cry all the time cause he just wishes he would have stayed in the house that day."

WATCH | Mom of 13-year-old shot by police: 'I just want justice for my baby'

The mother of a 13-year-old who was shot by Chicago police said her son may not ever walk again.

Corbitt is desperately concerned about her 13-year-old son's recovery after he was shot by Chicago police.

"It's crazy," she said. "Because they had no reason to shoot my child. He complied with them and all they had to do was grab him."

She says her boy, identified only as A.G., is fighting to walk again after he was critically injured by a Chicago police officer after a foot chase in the city's Austin neighborhood just over a week ago.

"How many Black and brown individuals need to be shot, killed or severely injured like Miss Corbitt's son until the city of Chicago will change and implement a real foot pursuit policy," her attorney, Andrew Stroth, said.

Stroth called the shooting part of a larger pattern at the Chicago Police Department and condemned the use of force as unnecessary.

The Chicago police officer who shot the boy has been relieved of his police powers and an investigation into the incident is underway.

Chicago police were trying to stop a stolen vehicle wanted in connection with a carjacking when the boy got out and fled on foot, officials say.

Police said they were trying to stop a stolen vehicle wanted in connection with a carjacking from a neighboring suburb.

As they tried to stop the vehicle, police say the 13-year-old got out of the car and fled as officers pursued him on foot.

"There can be no justification for opening fire on a 13-year-old boy with his hands up and who was unarmed," Hart said.

Police say a gun was not recovered from the scene of the shooting. Video shows officers moving the young boy's body, which police say was in an effort to move him away from nearby gas pumps.

Witnesses say the teen was running from police with his hands up when he was shot.

"Miss Corbitt wants the video released so people can see what happened to her baby," Stroth said.

Chicago Police are not commenting. The city's law department has not yet received the complaint.

"All I want is justice for my baby," Corbitt said. "That's all I want."

Corbitt's attorneys said her son has not been charged with any crimes.

The boy is still recovering at Stroger Hospital with a major spinal cord injury and gunshot wound. His mother and her attorneys have been in touch with the Civilian Office of Police Accountability and they plan to view video of this shooting next week.