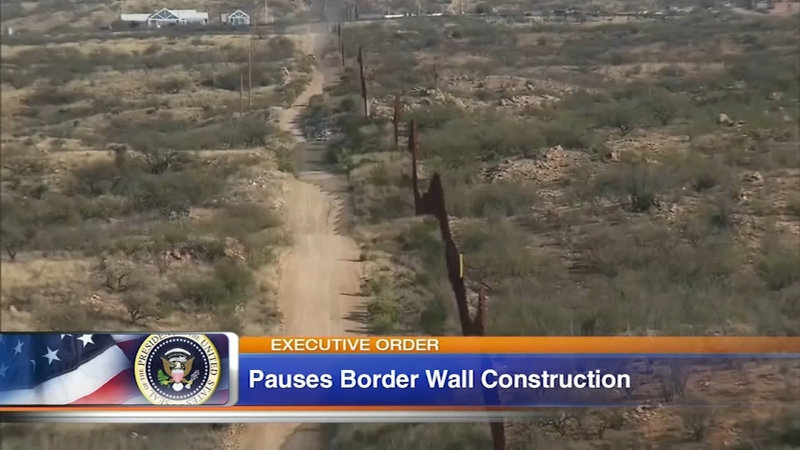 Some people hope the legislation will give them a pathway to citizenship.

"Today is the sunniest day we've had in a few weeks, and it's exactly how I feel. I feel like I can finally breathe a sigh of relief and not have to worry," said Ere Rendon, Deferred Action for Childhood Arrivals recipient.

Rendon was brought to the United States by her parents when she was four. Her family settled in McHenry County.

"To finally, after five years, feel like I do belong here, and I am welcomed here," Rendon said.

"I think a shifting of priorities is key. I think that gives folks like us and the community a sort of breath of fresh air," said Irakere Picon, Illinois Business Immigration Coalition attorney.

President Biden's legislation proposes undocumented immigrants living in the United States as of Jan. 1, 2021 could have an eight-year path to citizenship. They could get temporary legal status or a green card for the first five years if they pass background checks, pay taxes and fulfill other basic requirements. Then, they would go through a three-year path to naturalization if they apply to become citizens.

Adalberto United Methodist, a church that sheltered five women fighting deportation, called for a stop to deportation for 200 days.

While there is a push for President Biden's immigration reform in Chicago, others are against it.

"It's all predicated on rewarding people who have broken laws in the past without any real plan to prevent future mass illegal immigration to the United States," said Ira Mehlman, Federation for Immigration Reform.

DACA recipients like Rendon look forward to the future.