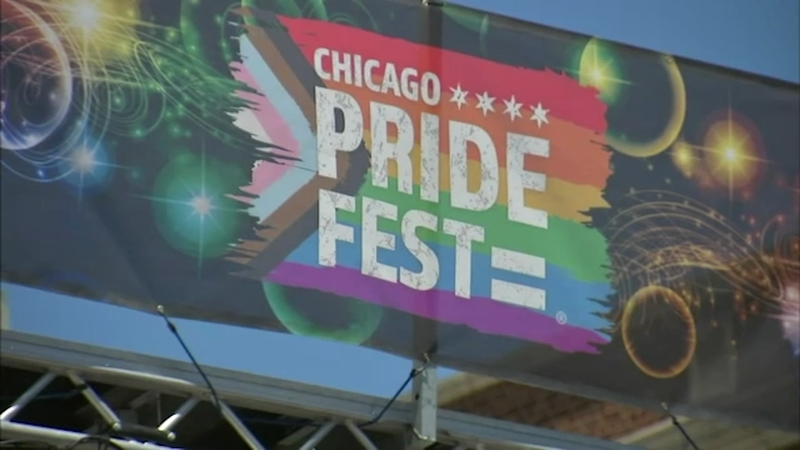 "I think it's cool. I love see everyone come together and show their sexuality and support for everything," said Imani Drozd, an attendee.

For the first time since the start of the pandemic, the annual legendary street festival returned to the city's North Halsted Street corridor.

Usually held the weekend before the Chicago Pride Parade, this year's celebration of unity and community features two days of food and fare along with live music, DJs, and drag shows on separate three stages.

"I don't know if I'm looking for anyone in particular, I'm just excited for all of them," said Rachel Mafiarf.

"Tomorrow is the best day in my opinion. We have the Juneteenth celebration," Ammons said.

"Remember pride isn't just for the gays. It's for everyone," Ritz said.

Security was tight and there was a visible police presence for the festival following a foiled attempt by white nationalists to disrupt a pride event in northern Idaho.

"Just from how we entered and the way they searched us and stuff, it seems pretty good," said attendee Edmundo Gonzalez.

At the Pride Fest, there are security checkpoints and no large bags are allowed, among other security measures.

"We're very comfortable with the protocols we have in place. It's going to be a very safe and fun-filled weekend," said Chicago Pride Fest Chairperson Mark Liberson.

And while most of the focus is on fun, for some there's also concern about continued attacks on this community.

"The way that legislation federally around the country, it's really an opportunity for us to showcase who we are as a community and for us to come together and say that our voices will not be silenced," said Dustin Erikstrup of the AIDS Foundation of Chicago.

But for the Sauer family, the day is about supporting their neighbors and the LGBTQ+ community.

And while safety is a priority, it's about celebrating and embracing the LGBTQ+ community, wherever you may be.