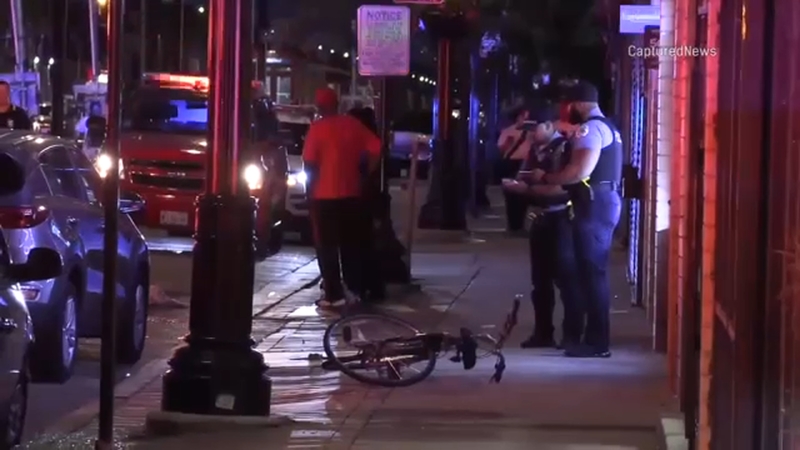 CHICAGO (WLS) -- Six people have been shot in a drive-by shooting on Chicago's South Side Sunday night.

Five men and one woman were shot just before 9 p.m. at East 71st Street and South Chappell Avenue.

They were standing outside when someone in a black SUV drove by and began shooting, according to Chicago police.

The woman, however, is in critical condition, officials said.

The victims were transported to the University of Chicago, Jackson Park, and Northwestern hospitals for treatment.