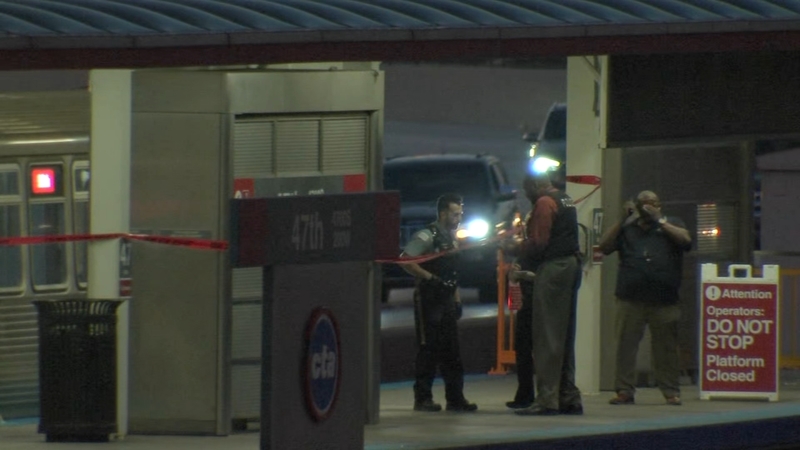 Chicago police shortly before 8 p.m., a man on a northbound train became involved in an argument or altercation with an unknown offender.

"These two guys got to arguing about something and they got to fighting," said witness Kewhahn George. "One dude was beating the guy real bad and at some point that dude got up, took a gun out of his pocket, and started shooting."

According to CPD, the offender shot the man in the back and legs.

George said the two men involved appeared to be complete strangers. He said the train car was full of teenagers, commuters and senior citizens; people, like him, just trying to get home safely. The poured out onto the 47th Street platform in a panic, sprinting for safety.

"I'm kind of shocked, but at the same time this is what happens when it gets hot outside," he said. "It's sad, you've got people going to work."

Chicago Fire Department Officials said the man was shot on a train at the 47th Street Station and taken to University of Chicago Hospital in grave condition. Chicago police said the man's condition was initially reported as serious.

Police identified the victim only as John Doe and it was not clear if he had any identification on him at the time of the shooting.

No one is currently in custody, and area detectives are investigating, police said.

CTA Red Line service was been temporarily suspended in both directions between 35th and 63rd due to police activity.

Service began operating again with significant delays at about 9:20 p.m. Riders should board both northbound and southbound trains on the Howard side of the tracks at 47th.

Riders are encouraged to use alternate routes, including the #29 State bus, #3 King Drive bus or the Green Line.