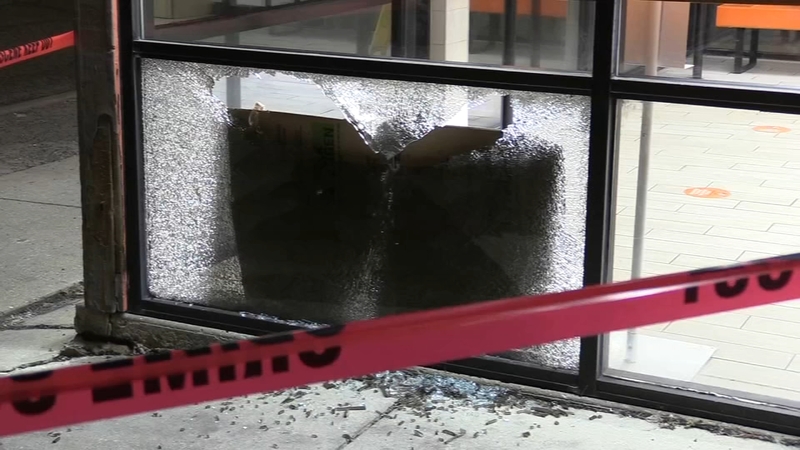 CHICAGO (WLS) -- An Irving Park business owner said his windows were shot out Monday night during a shooting incident involving a 25-year-old man.

A 25-year-old man was driving south on Elston Avenue, near the 3100-block of Addison Street, when an occupant in a silver sedan shot at him just before 10:30 p.m., Chicago police said.

The man crashed into a fence after he was shot.

Chicago fire crews took him to a local hospital in critical condition with gunshot wounds to the leg and head, according to CPD.

The owner of a Little Caesars Pizza near Kedzie Avenue and Addison said his building's windows were shot out during the incident.

There is no one in custody, and Area Five detectives are investigating.