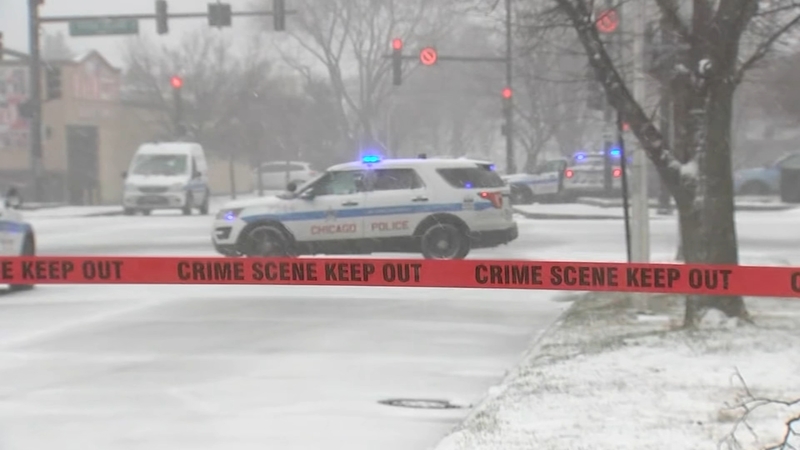 CHICAGO (WLS) -- Chicago police are searching for at least two gunmen who ambushed an off-duty officer and shot him in the abdomen as he sat in his Jeep in the city's Calumet Heights neighborhood Monday.

I'm pleased to share that the off-duty Chicago Police officer who was shot earlier today is out of surgery and is doing as well as can be expected. Our eternal gratitude goes out to the surgeons and medical staff at @UChicagoMed who helped save the officer's life. pic.twitter.com/V0eZGBwKPm

Supt. David Brown said thanks to the quick actions of three female officers, he was able to get help quickly.

There are several businesses in the area that may have captured the incident on surveillance video. Police said they are also looking to see if anything was captured on city security pod cameras.

The wounded officer has been with the department for four years and works out of the 4th District. Supt. Brown described him as hard-working and well-liked by his colleagues.

"It's been an outpouring of offers," Supt. Brown said. "We really had to, really put the stop sign up because obviously people kept coming, kept coming."

"It just highlights the dangers. We all need to be aware of our surroundings. We need to have real consequences for offenders when we capture them," Superintendent Brown said at a press conference Monday afternoon.