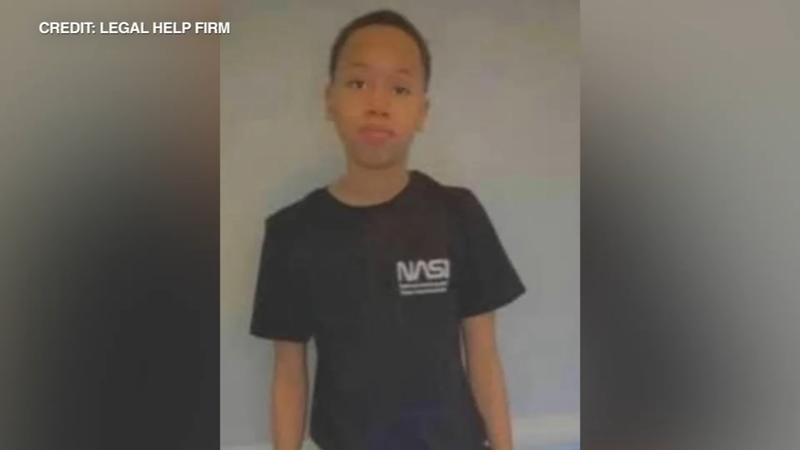 2 teens charged after student killed on way home from school

CHICAGO (WLS) -- Chicago police announced charges Wednesday against two juveniles after a boy was shot and killed as he walked home from school in Bronzeville Tuesday afternoon, Chicago police said.

Michael Brown, 15, was in the 3300-block of South Prairie Avenue around 3:15 p.m. when he was approached by someone who then pulled out a gun and opened fire, according to police.

Chicago police announce charges a day after Michael Brown, 15, was shot dead as he walked home from Chicago Military Academy.

Brown was struck in the head and taken to Comer Children's Hospital in critical condition, where he was later pronounced dead, police said.

The two juvenile suspects, ages 15 and 16, were taken into custody about 30 minutes after the shooting during a traffic stop on 63rd Street near State Street, Chicago police said.

The 16-year-old was identified as the gunman who got out of a dark-colored vehicle and shot the victim, Chicago Police Supt. David Brown said in a press conference Wednesday.

"When arrested, the 16-year-old offender was wearing an electronic monitoring bracelet from previous cases," Brown said.

Brown said the pair were involved in an armed carjacking at 2:15 p.m. in the 200-block of S. Kildare. The teens were in the stolen vehicle when officers observed them in traffic and pulled them over.

The 16-year-old will be charged as an adult in Brown's murder and also faces charges for the armed carjacking, Brown said. The 15-year-old who was with him faces a felony count of possessing a stolen vehicle.

Supt. Brown said the shooting was targeted, and more details will be revealed in bond court on Thursday. He made it clear that something needs to be done about the violence impacting Chicago's youth.

"We're losing too many young people, and it's really saddening," Brown said. "There's another family, another neighborhood, another community, left to pick up the pieces after living their worst nightmare."

Michael Brown was walking home from Chicago Military Academy, where he was a freshman, at the time he was shot.

"The mother she's in total shock about her baby," community activist Andrew Holmes said. "She just wanted some privacy because this was unexpected."

Brown leaves behind his parents and a younger brother and sister, along with the bright future his family expected for him.

"It looks like he was heading into the electronic field," Holmes said. "He loved school, going back and forth to school. And he was a homebody, real close to his mother."

"I was shocked," classmate Makayla Sellers said. "I see him everyday, so it's like, you see somebody everyday, then to hear he got shot walking home from school that could have been me or my friends. It's sad."

Chicago Military Academy said help is available to students who need it. A neighbor, who was working from home at the time, said he heard at least half a dozen gunshots.

Police have not announced any further details about the two men taken in for questioning, only saying they believe they are connected to the teen's shooting.

Less than an hour after that shooting, a second teenager was shot and killed.

Investigators said a 16-year-old boy was standing at 62nd Street and South Greenwood Avenue in Woodlawn, when he was shot in the head.

A person of interest from that shooting is also in custody.

Chicago Military Academy parents said the thought of a student being shot nearby is unsettling.

"She said she was just at lunch with him before they left school; they were all at lunch, talking, having a good time being teenagers, being kids, and somebody just took his life away. They just took it," McGruder said.

Word of the shooting, and Brown's death, is traveling fast throughout the school community.

"I was shocked. I see him every day, so it's like you see somebody every day, then to hear he got shot walking home from school, that could have been me or my friends. It's sad," Makayla Sellers said.

McGruder said something more needs to be done to protect young people.

Chicago police are asking the public to come forward with any surveillance video or information that could help.