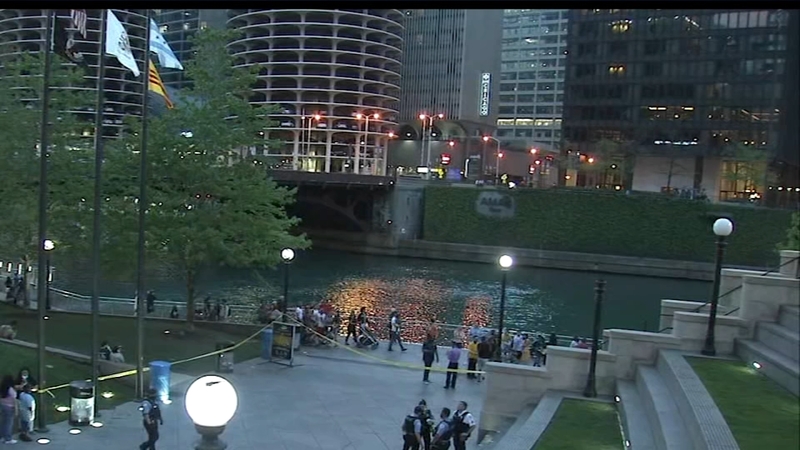 Bystanders captured two men on video appearing to fight about 7:30 p.m. in the 0-100-block of East Wacker Drive.

At some point a 37-year-old man pulled out a knife and stabbed another 29-year-old man, Chicago police said.

The alleged suspect is in custody, and charges are pending, according to CPD.

Bystanders captured cell phone video of a chaotic scene on the riverwalk, in which several people could be seen trying to hold down the alleged suspect until police arrived.