Chicago weather: Buildings evacuated in Loop due to high winds 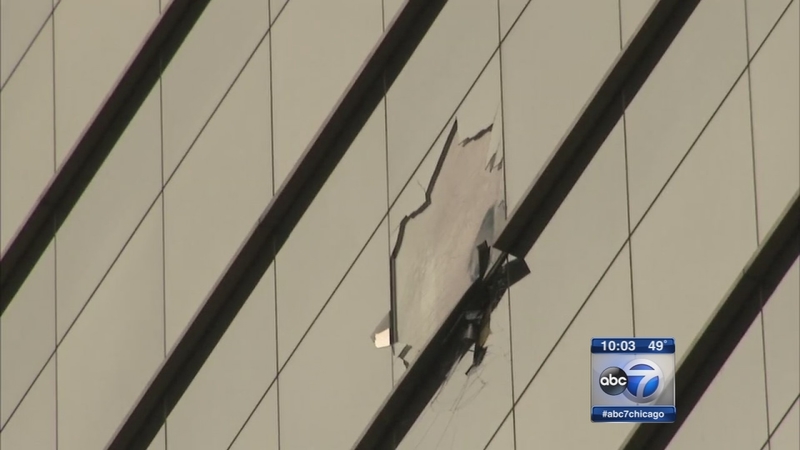 CHICAGO (WLS) -- High winds gusting more than 60 mph led to building evacuations, street closings, and forced the CTA to suspend service on some elevated lines. Power outages and wind damage have been widely reported across the city and suburbs.

The Chicago Fire Department evacuated buildings at 150, 180 and 191 North Wacker Drive Friday due to falling debris caused by high winds, including broken glass. Falling and blowing debris have caused extensive street and transportation closures in the northwestern corner of the Loop.

Heavy winds caused a large tree to fall in Bucktown, smashing a Jeep.

Officials say the debris appeared to be coming from the construction sites for 150 North Riverside and 444 West Lake Street. Building inspectors are on site trying to determine the cause and extent of the damage. Seven construction workers who had been waiting in one of the buildings due to the high winds were able to safely leave just after 7 p.m.

The flying debris is actually part of the structure for the base of a crane, not loose materials on the sites, according to officials. The crane itself is not in danger of falling or being blown off the site.

Several streets were closed overnight in the Loop due to falling debris. All were reopened as of 2:45 p.m. Saturday.

Service on the CTA Green and Pink Lines was also disrupted due to debris falling on the elevated tracks Friday. Normal service has resumed on both lines with residual delays, the CTA said Saturday.

At one point Friday, 260,000 were without power, ComEd officials said. ComEd said Saturday afternoon it had restored power to 99 percent of the affected customers.

The Chicago Fire Department evacuated buildings at 150, 180 and 191 North Wacker Drive due to falling debris caused by high winds.

The building evacuations were ordered after officials say debris blowing from a construction site hit a window on the 30th floor of an office building around 1:45 p.m., causing falling glass and debris that damaged cars. There are no reports of any injuries.

"Suddenly we heard a big kind of sound and that sounded as if bullets were coming into the car," said Ramesh Boola, whose car was hit by the falling glass.

"We saw the debris, we saw the glass hit, it hit our window pane, and it immediately started to fall, and at that point everybody knew - we didn't know where it came from, but we knew glass had come out of one of the floors above us," said another witness.

One man narrowly avoided a personal disaster when a two-by-four crashed through a window to a restroom next to his office.

"All of a sudden I heard kind of an explosion, saw some debris coming out, but if it had gone over a foot to the left it would have gone through my window and not the bathroom, so I got lucky," says Damian Flores.

Wind is also believed to be responsible for a partial construction site collapse in West Town. And the gusts kept the SkyDeck at Willis Tower closed Friday.

A man was injured in Bronzeville when wind knocked down a traffic pole. He has been transported to a hospital for treatment.

In Lincoln Park, one man had a very close call when a tree fell on his parked car while he was still in it. If Bill Staub had parked a few feet in the wrong direction, he might be dead.

"Luck. A lot of luck. My wife was on my side," Staub said. He lost his wife Brigette just a year ago.

"I think she told me, she was like not your time yet. Got to take care of the grandkids," he said.

In Lakeview, Chicago police were keeping an eye on dangling debris at a church near Belmont and Greenview. They kept the sidewalk closed.

In McKinley Park, a Chicago Streets and Sanitation spokesperson says a traffic service van was hit by a falling tree near 39th and Archer, injuring one of their employees. He was taken to Mt. Sinai Hospital for treatment.

And in the 9300-block of South Wentworth, some people trying to light a grill lit some garages on fire after their kindling blew away.

In Elk Grove Village, several heavy pieces of roofing material were blown off an office building, forcing workers to evacuate. It's unclear when it can reopen.

A gas station canopy was also toppled over. Luckily, no one was hurt.

"I have not seen anything like that before," said Bob Floral, an Elk Grove Village resident. "It was pretty wild to see a whole canopy like that tilted over on the side."

The high winds made driving a challenge as well. A semi was knocked over in northwest Indiana, then hit by a Jeep. No one was seriously hurt.

"You've got to have two hands on the wheel all day long, especially in a high profile vehicle like that. It's rough. You earn your money today," said Bob Kopystysky, a truck driver.

In north suburban Glenview, a wooden railroad arm was snapped at its base. And in Evanston, a van was crumpled by a fallen tree.

"I was sitting on the couch reading and then I heard a real loud crash, and I got up and saw the tree had fallen over," said Linette Matzig, an Evanston resident.

A High Wind Warning expired at 6 p.m. for gusts, but strong winds are expected to persist, slowing gradually over several hours. Saturday is expected to be warm and breezy, but winds should not reach this intensity again. 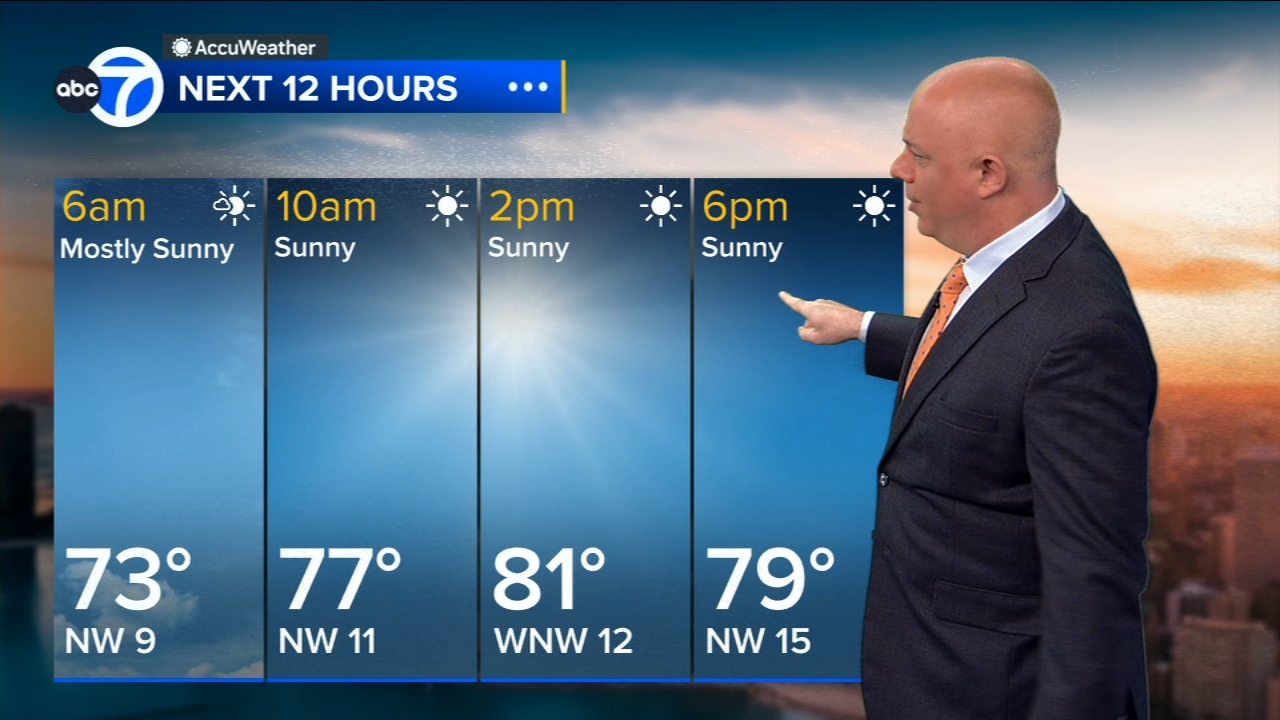