Mother arrested after baby falls out of moving car in Visalia, Calif. 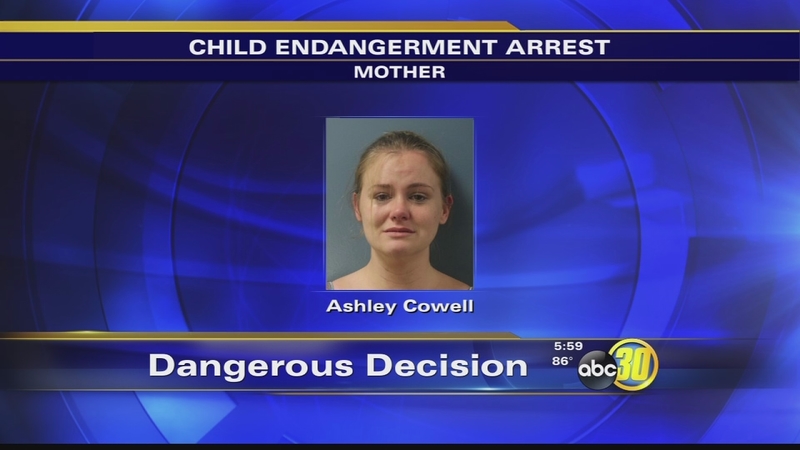 Mother arrested after baby falls out of moving car in Visalia

VISALIA, Calif. -- A South Valley mother was arrested after being accused of letting her baby ride in a car without a car seat -- a decision that allowed the child to fall out of the moving car and into traffic. The child is going to be OK, but the mom is facing charges.

Authorities say there wasn't much traffic on West Street and Whitendale Avenue in Visalia Thursday when Ashley Cowell made a turn. It's a good thing too because during that turn something horrible happened. Her 10-month-old baby went tumbling through a door that swung open.

Visalia police say that door may not have been properly closed. Then they quickly learned the baby was put in the back seat without a car seat.

"The child in this case was extremely lucky only suffering minor injuries," said Sgt. Damon Maurice with the Visalia Police Department.

An accident near Salt Lake City Thursday shows how crucial a car seat is. A toddler died when the car she was in rolled. She was thrown from the vehicle. Police there say she too wasn't in a car seat.

"It does not take much at all for a child of that age from a simple fall and a strike to the head or what not could cause severe injuries in a short amount of time," said Maurice.