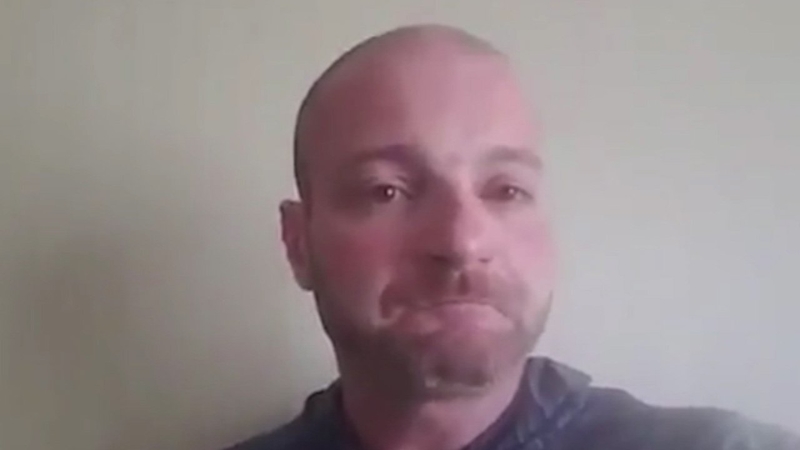 CHICAGO (WLS) -- The white supremacist who helped lead last weekend's rally that devolved into violence and chaos now says he is wanted by police and fearing for his life.

Christopher Cantwell was the central figure in a chilling real-time Vice documentary, displaying his personal arsenal of weapons, denigrating black and Jewish people and declaring the ramming death of 32-year-old Heather Heyer at the rally as "justified."

Shortly after the violent march, Cantwell appeared on a Facebook video-just now surfacing in which he emotionally breaks down, claiming to fear arrest by Charlottesville, Virginia police. Although Facebook and Instagram have both pulled his accounts, the video lives on YouTube showing Cantwell crying - in complete contrast to the brash, racist and offensive comments he made during the white supremacist event.

His play-by-play of the march-turned-melee provided a glimpse into the extremist undercurrent of the "Unite the Right" rally.

Charlottesville police did not immediately answer messages left by the I-Team concerning whether there is a warrant for Cantwell's arrest or what the charges might be.

Cantwell also did not reply to a phone message. He hosts a white power radio show streamed on the internet from his home in New Hampshire.

According to hate group investigators at the Southern Poverty Law Center, "Cantwell's struggles with substance abuse and his legal battles over his DWI produced in him a fervid loathing of all government authority, a tendency toward extremist rhetoric and an embrace of first libertarianism, then anarcho-capitalism and finally full-throated fascism."