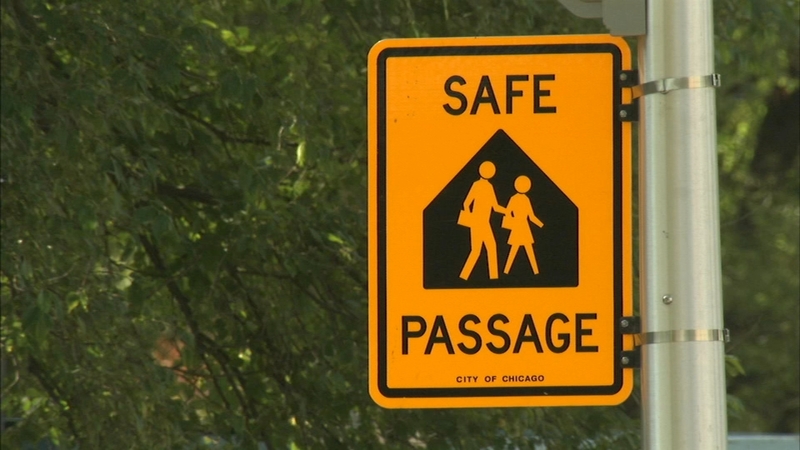 CHICAGO (WLS) -- The area around Melody Elementary School in Garfield park is just one of 160 safe passage routes across the city getting cleaned up before the school year. Safe Passage routes are apart of an effort to help kids feel safer on their walks to school and from school.

City crews devoted their time going block by block cleaning up the streets to make going to school safer on Monday. According to data from the Chicago Police, feeling safe going to and from school has helped to reduce crime.

"What we have seen from the presence of safe passage workers on average across the city is where they are present, we have a seen a reduction during operational hours of as much as 30%. That's based on data from Chicago Police department," said Jadine Chou, the Chief of safety and security of CPS.

The primary component of the program is the placement of adult monitors on designated "Safe Passage" routes around schools during both morning and afternoon commute times. These monitors serve as guardians with the goal of providing safe routes and theoretically reducing crime around schools.

"We want kids to feel safe and confident so they can have a great school year. We also want to make sure our police and our safe passage workers, as well as our administrators, feel like they have the environment they need to keep kids safe," said Anne Sheahan, the Deputy Mayor of Infrastructure and Services for the City of Chicago.

The Safe Passage route readiness efforts have be going on all summer long and resulted in more than 200 trees trimmed, more than 300 abandoned vehicles removed, over 500 parkways cleaned, 4,500 bags of debris removed, 300 alleys baited for rats and over 300 instances of graffiti removed citywide since Memorial Day weekend.

The Garfield park neighborhood was the main focus Monday as the area around Melody Elementary School needed a little more work than others.

Safe Passage will start early this week along the Pulaski Corridor, one of Chicago's communities most at risk for crime and violence. The Pulaski Corridor is the focus of Mayor Lightfoot's Keeping Our Communities Safe Initiative, a multi-agency initiative working to mitigate violence on Chicago's West Side.