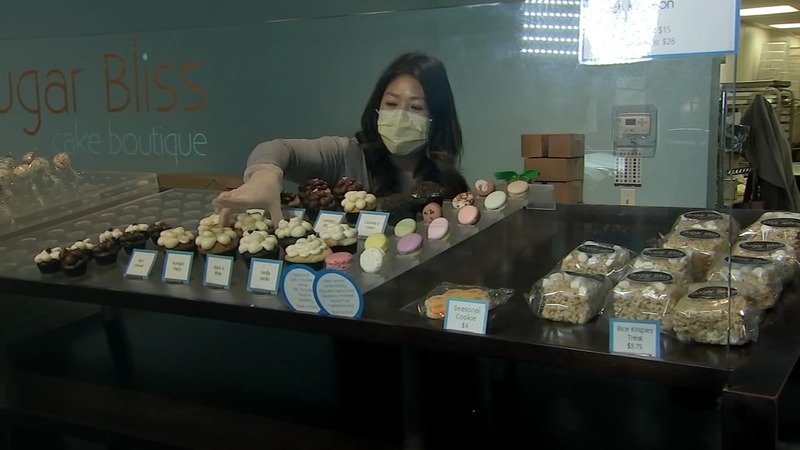 CHICAGO (WLS) -- In Illinois, nearly 70,000 small business owners got loans from the federal government before Payroll Protection Program funds were exhausted, and some are now wondering how those businesses were chosen and why they were shut out.

Sugar Bliss on Wabash depends on foot traffic, but the stay-at-home order has slowed that to a trickle. Owner Teresa Ging has partnered with Catering Out The Box to provide boxed lunches for essential workers.

Along with the creative new business collaborations, she had hoped for help from the federal government to keep her business afloat.

Last night she sent a letter to bankers after seeing some larger companies get PPP loans.

Steakhouse chain Ruth's Chris reportedly received $20 million; they have not responded to calls or emails. National sandwich chain Potbelly's confirmed it received $10 million in PPP money, which it said will go toward its employees.

"Once I heard they were giving out to chains, I was like, that should not have been happening at all," Ging said.

Anthony Waller, owner of Catering Out The Box, applied for 12 loans and grants, including PPP.

After ABC7 reached out to Ging's bank, she said PNC Bank informed her that one of her two stores was approved for a PPP loan, but that the approval came after the federal funds had run out. A spokeswoman for PNC bank said what happened to Ging happened to others, and they are continuing to process applications in hopes more funds will be released.