Surprise parade for couple after wedding canceled due to coronavirus pandemic 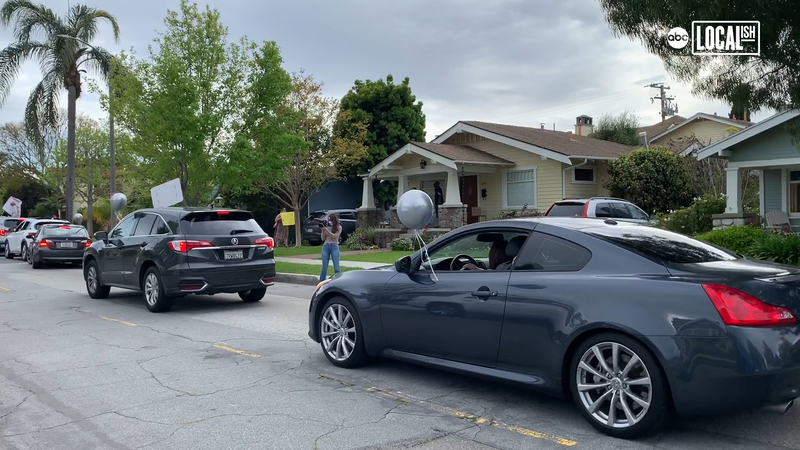 Surprise parade for couple after wedding canceled due to COVID-19

LONG BEACH, Calif. -- Kim Goforth and Isaac Jackson had planned for an April wedding but had to cancel due to the coronavirus pandemic. So, their family and friends decided to surprise them with a parade.

Jackson proposed to Goforth in front of friends and family on Thanksgiving in 2019. The couple originally planned to get married in summer 2020.

"They were going to wait a year or so and then Kim's dad was diagnosed with lung cancer and so they decided to move it up quickly," said Dlorah Gonzales, the mother of the bride.

Goforth's father was diagnosed with stage four lung cancer in January, so the bride and groom moved their summer wedding up to April 10. They planned their wedding in just three months.

"We sent out invitations one week and then cancellations the next," Jackson said.

At the exact time and day that Goforth and Jackson were supposed to tie the knot, a parade of cars slowly rolled down the couple's block with signs, balloons and plenty of honking.

"This is so much bigger than our wedding and the love we have for each other," Goforth said. "The world is shut down. It's helping us realize how much we really love each other."