Boy in electric wheelchair not allowed to cool down in Crown Fountain, family says 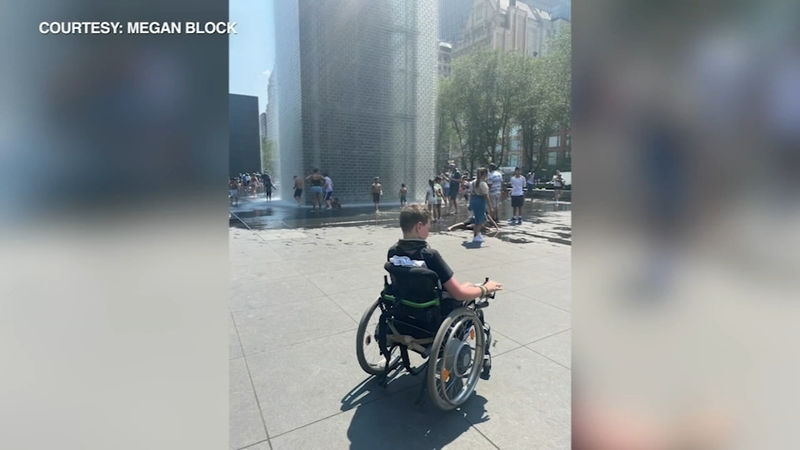 CHICAGO (WLS) -- Megan Block said she felt helpless when a security officer in Millennium Park told her that her 10-year-old son Jordan couldn't cool off in Crown Fountain because of his electric wheelchair.

"So I explained to him, it's OK, it can get wet," she said. "He said no, a kid or anyone in a wheelchair is a liability and if another kid were to crash into him or run into him, it would create a problem for him."

"I have been there like two years ago and there was no problem, but this time there was," Jordan Block said.

The family, from west suburban Warrenville, were downtown for Jordan's treatment for spinal muscular atrophy.

"It was above 90 degrees on Tuesday. He was hot. We had spent almost an hour walking to the park after appointments so he was ready to cool off and have fun," Megan said.

City officials said what happened to Jordan is an isolated incident, and they said they have addressed the issue with the park's security team. Jordan's mom said he should never have been singled out.

"I think there needs to be better training. I just think not just there, but all over the city. People in wheelchairs deserve to play and have fun and go everywhere everyone else goes," she said.

"I think what we're really seeing here is that for disability issues, one of the things that is becoming predominant is the need to train people who interact with the public," said Charlie Petrof, Access Living senior attorney.