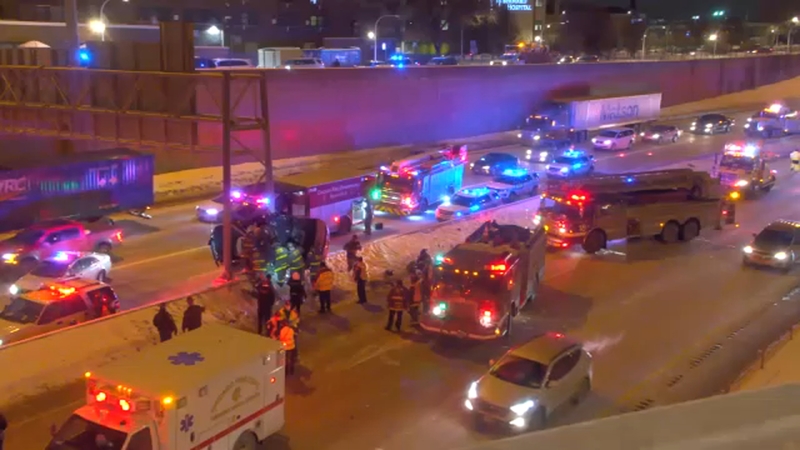 CHICAGO (WLS) -- A 17-year-old and a 35-year-old man are dead and a 16-year-old is seriously hurt after a crash on the Dan Ryan Tuesday night.

All lanes of the Dan Ryan at 65th Street were closed for hours after the overnight crash.

The two killed in the crash were taken to St. Bernard Hospital before being pronounced deceased.

The teens were both from Sauk Village, police later said.

It happened just before 11 p.m. in the southbound express lanes of the Dan Ryan near 65th.

A driver is lucky to be alive after he skidded off an interchange ramp in Milwaukee and plunged 70 feet to the highway below.

The car was pinned up against the pole as firefighters worked to extricate those trapped.

Traffic came to a stand-still, as emergency crews worked for at least two hours.

Traffic was being diverted at 59th Street, and the expressway was shut down from 63rd to 71st streets.

The two killed in the crash were not immediately identified.