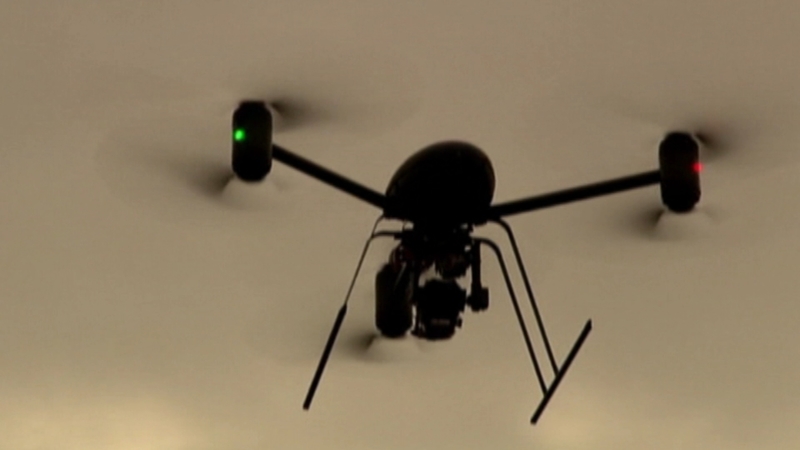 CHICAGO (WLS) -- Is it a threat to privacy or a protective safety measure? Legislation in Springfield allowing law enforcement to expand its use of drones is drawing debate.

Multiple police cameras, helicopters and drones are used by police to fight crime and keep the public safe. But Illinois state law limits the use of drones for law enforcement. The City of Chicago and police chiefs around the state are pushing to expand the use to include monitoring large public events, such as the Chicago Marathon or Lollapalooza.

"The drones provide a better view than fixed or mounted cameras that can't be moved as a crowd moves," said Lemont police chief Marc Maton with the Illinois Police Chiefs Association.

The Illinois Police Chiefs Association believes drones would be helpful in a terrorism situation or a mass shooting like Las Vegas, where it took time to locate the shooter.

"It might have isolated the noise, which floor and hotel the shooter was from," Maton said.

Expanding police drone use for large gatherings also means using the tool for protests and marches, which has some like ACLU Police Practices Project director Karen Sheley concerned.

"Picture what it could be like to have a protest and have government drones over head taking images," Sheley said.

The ACLU Illinois opposes the use of drones for First Amendment activity. The civil liberties organization said proposed legislation to expand drone use puts no restrictions on facial recognition technology.

"We don't want there to be lists of people who are engaged in First Amendment activity, we are concerned people won't come out to protest," Sheley said.

"What we are trying to do is assist and help the public, not trying to impact them in any way," said Maton.