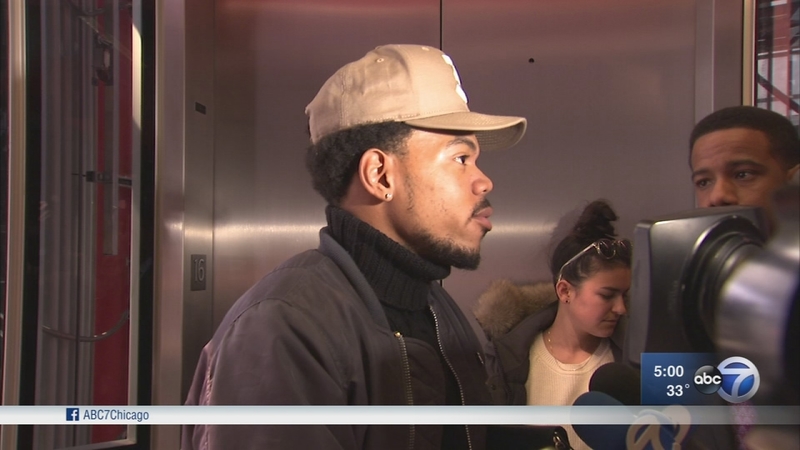 CHICAGO (WLS) -- Chance the Rapper used his celebrity status to make a difference. He took his concerns over education funding in Illinois straight to the governor.

The Grammy award-winning actor emerged from the governor's office frustrated after a 40 minute one-on-one meeting. Chancellor Bennett was hoping to get some answers about state funding for the cash-strapped Chicago Public Schools, but said he came away with vague answers.

Chance was disappointed the governor didn't specifically have an answer for a $215 million CPS shortfall that was part of a budget deal last year.

Rauner had a more positive spin on the meeting.

"I think he genuinely cares, I respect that. Having a dialogue with someone who is passionate about a better future for the young people of Chicago and Illinois, I'm with him 100 percent," Rauner said.

The governor said the two exchanged contact information and plan to talk more to work out a solution. The meeting irked some state Democrats.

"I talk with members of the General Assembly in both parties pretty much every day," Rauner said.

Chance knows what it's like to be a Chicago Public Schools student. He's a graduate of Jones College Prep, a selective enrollment school just south of the Loop.

He said he is not giving up until there is a financial solution.

"I'm not a politician, I'm not here-I'm here because I'm a dad, I'm an after school teacher. You know what I'm saying? I care about the kids," Chance said.

Chicago Public Schools and I did not lose today. Please don't let that become the narrative. Monday morning I'll have a plan.

CPS is on the verge of taking drastic measures - even ending the school year June 1 - to compensate for a budget shortfall.

In early February, the nation's third-largest school district announced a freeze on $46 million in discretionary money. CPS said the move was necessary after the state failed to pass a proposed budget that included $215 million allocated for district spending.

The frozen funds were originally earmarked for new textbooks, technology and field trips and non-salary staff. Now the money will go toward a pension payment due at the end of June.

Chance and the governor had planned to get together Wednesday, but that meeting was postponed so the governor could tour areas hit by tornadoes.

The idea for a "get-together" came about as Rauner and Chance tweeted back and forth after the rapper's Grammy win.

Congrats to @Chancetherapper for making history as an independent artist and taking home 3 Grammys. IL is proud that you're one of our own.

Thank you Governor, I would love to have meeting with you this week if possible. https://t.co/wFC41NQqGq

Let's set up a meeting soon. Looking forward to our conversation @chancetherapper ! https://t.co/5ikiWOhuLp

Looking forward to hearing your ideas, too. https://t.co/HlI9lNwWsE

Due to the Tornado in southern Illinois, @GovRauner canceled our meeting this morning. My thoughts and prayers are with all those affected. 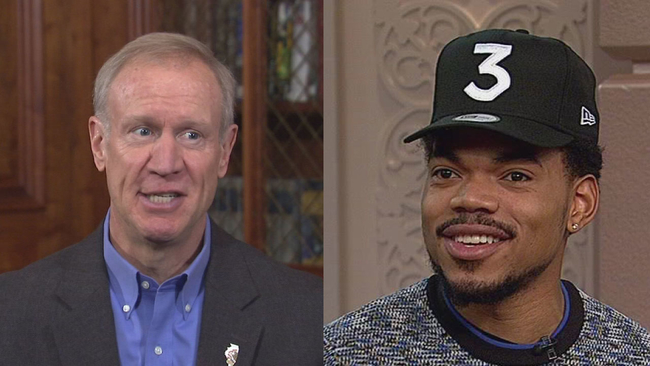 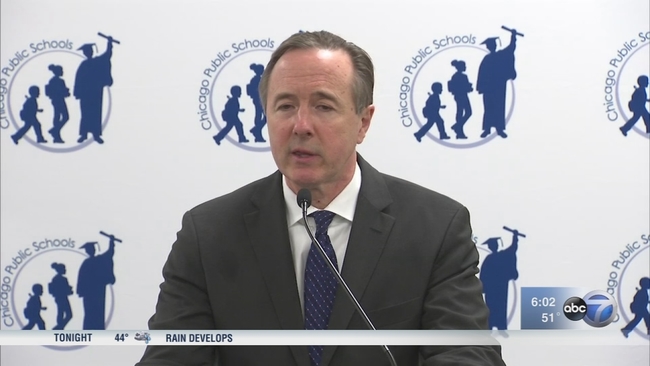 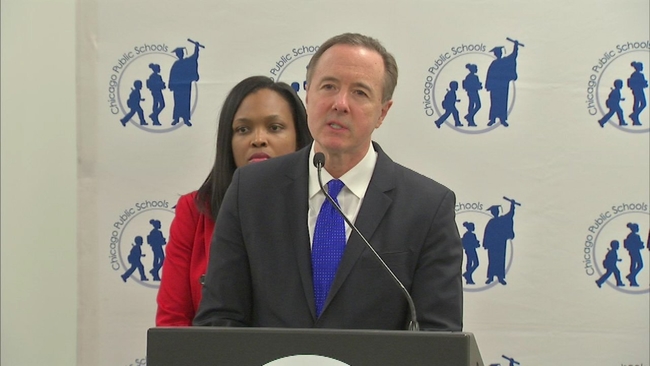