1st day of school for CPS 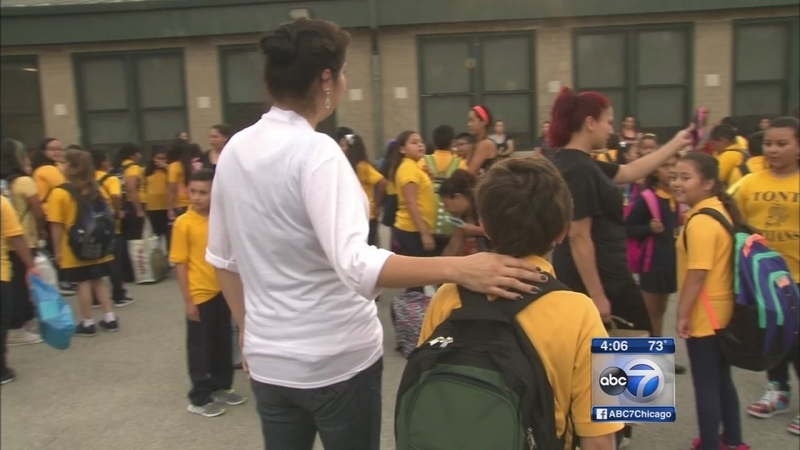 First day of school for CPS

CHICAGO (WLS) -- The first day of school can rattle some nerves. Karla Rangel is a fourth-grader at Tonti Elementary School in Chicago.

Some parents are nervous, too. CPS teachers are working without a contract, and union leaders said a strike is possible if one isn't reached by second semester.

"The union is mediation, but a strike, if it were to happen, would happen at the beginning of the second semester," Chicago Teachers Union Vice President Jesse Sharkey said.

On Tuesday, Mayor Rahm Emanuel welcomed students back to Tonti Elementary School, where four classrooms were dedicated to a universal Pre-K program.

"We're just thankful we got it. We need to do what we can to provide for our students and our city," Tonti Principal Gerardo Arriaga said.

Mayor Emanuel also stopped at Cameron Elementary School just in time for the final bell of the day.

"Educationally, we're doing what needs to get done. And we will work the political system down in Springfield to make sure that we continue to do what we need to do," Mayor Emanuel said.

The city's Safe Passage routes were extended for the 2015/2016 school year. Seven new schools, including Phoenix Military Academy on the city's West Side, were added to the program.

"The neighborhood is pretty rough. A lot of kids used to get jumped. Me and my brother walk around with a big group of friends," student Ryan Sanchez said.

"As long as he can get to school with no harm, it's the reason I caught the bus all the way from 58th and Calumet on his first day today, to make sure he knows how to get to school and it's safe for him," Preston Jones, parent, said. ABC7's Terrell Brown speaks to students at South Side school 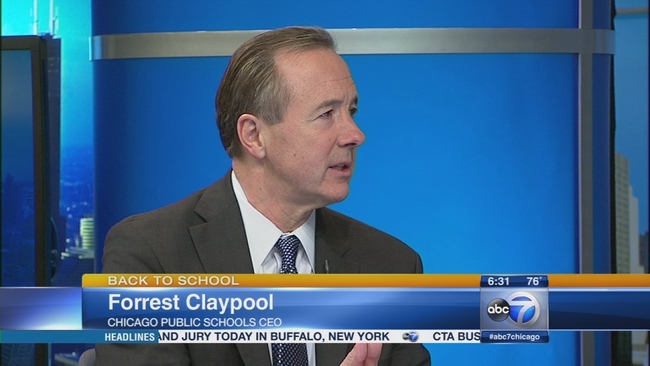 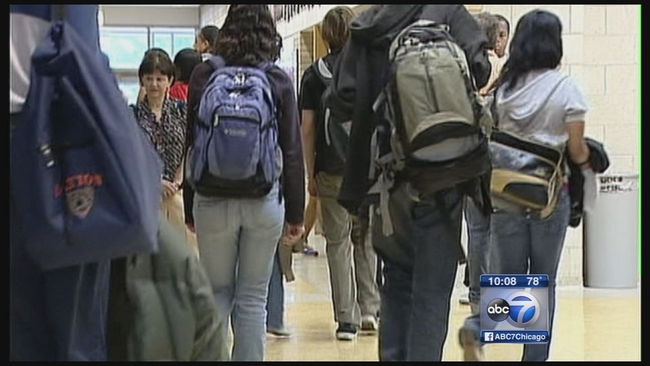