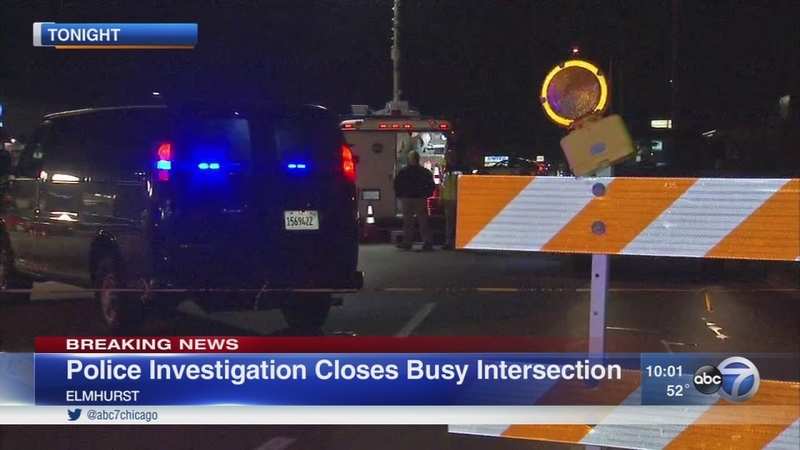 Police said at about 4:45 p.m., an Elmhurst police officer stopped a vehicle at York Road and Crestview Avenue. Before the traffic stop was complete, the suspect's vehicle fled the scene.

York was closed northbound at Lake Street, and southbound at Grand Avenue as officers investigated. The road was cleared shortly before 10 p.m.

Police said the suspect's vehicle was recovered in Chicago and the driver remains at large.

Witnesses said they heard possible gun shots and saw several people being taken out of a car and put in handcuffs. Police have not confirmed any arrests or released any further details about the traffic stop.