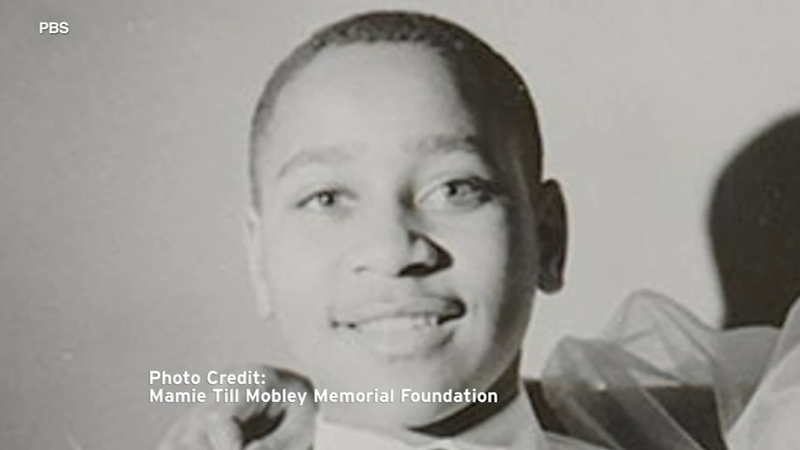 CHICAGO (WLS) -- The U.S. House of Representatives passed a bill by a vote of 422-3 Monday night making lynching a federal hate crime.

Congressman Bobby Rush introduced the Emmett Till Antilynching Act, named after the Chicago teenager who was murdered in Mississippi.

BREAKING: The House of Representatives just passed my Emmett Till #AntilynchingAct by a vote of 422–3!

This bill will ensure that the full force of the federal government is ALWAYS brought to bear on individuals who commit the monstrous act of lynching.

Now, on to the Senate! pic.twitter.com/VEbSuUBhNA

"Hopefully people will think twice before they go out and commit a crime against a different person because of their race or gender or lifestyle," said Ollie Gordon, Emmett Till's cousin.

Gordon lived in the same Woodlawn home as his cousin until 1955, when Till was brutally tortured and killed while visiting relatives in Mississippi. His death at age 14 sparked the civil rights movement, but repeated attempts over the years to make lynching a federal crime failed.

"I think we're moving in the right direction despite how long it's taken," said Perri Irmer, president and CEO at the DuSable Museum.

The DuSable Museum currently has an installation called "Unresolved" that highlights the cases of more than 150 people who were killed during the civil rights movement. Irmer said this latest step toward making lynching a federal hate crime is long overdue.

The anti-lynching act came close to becoming law two years ago. It Passed the House, but was blocked in the Senate. This time, legislation applies to a broader range of circumstances. Gordon said she's cautiously optimistic.

"I'm hopeful and praying that it will pass in the Senate," she said.