'Jeopardy!' champ James Holzhauer's brother says his streak is decades in the making 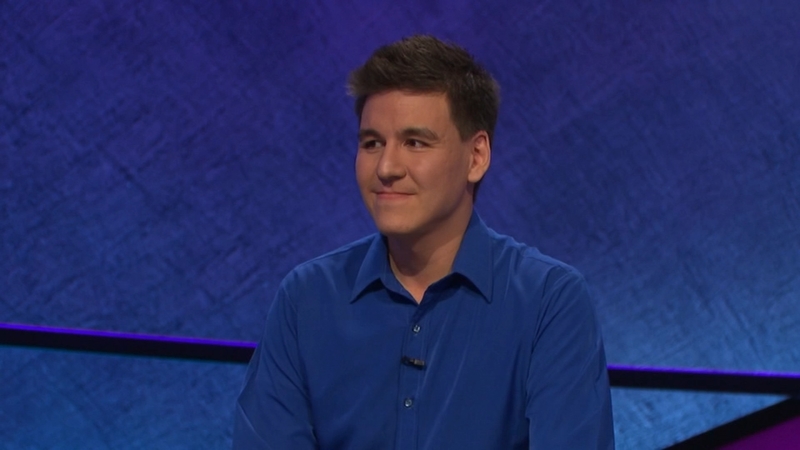 NAPERVILLE, Ill. (WLS) -- For some of the people who knew James Holzhauer before he was famous, like his brother Ian, the Jeopardy champion's winning streak has been decades in the making.

"He would watch Jeopardy with his grandmother on the couch," Ian remembered. "He would always promise her that he would be on TV one day."

The Naperville native's record-breaking run comes as no surprise to his older brother.

"He used his knowledge. He was very good at memory stuff," Ian said. "He could remember every single line in the movie 'Dumb and Dumber' when he was, like, seven. He knew the names of several professional wrestling moves. He knew every baseball statistic there was to know about the Cubs."

Some of the people who knew James Holzhauer before he was famous, like his brother Ian, the Jeopardy champion's winning streak has been decades in the making.

James is also not the only person who has been on a television game show.

"On Naperville community television," Ian confirmed. "I didn't get a single question right and I lost."

It's been exciting for James' family and friends to cheer him on along the way and watch his fan club grow.

"I didn't think he would turn into a nationwide celebrity the way he did. That's a little overwhelming," said Juergen Holzhauer, James' father.

And the ride of the lifetime continues; James secured his 22nd win Friday.

James lives in Las Vegas, where he's a husband and father and makes his living as a sports gambler. Besides appearing on "Jeopardy!" his other dream has always been working for the Cubs.

"I heard a rumor that Jed Hoyer may be talking about him today. So that's pretty crazy," Ian said.