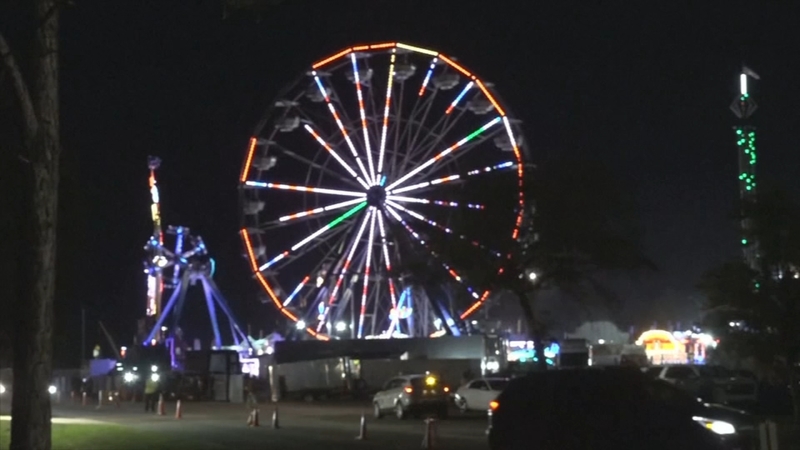 CLAY COUNTY, Fla. -- A ride operator was injured after being caught in a ride at the Clay County Fair in Florida on Friday night.

WARNING: Some images in the video may be disturbing

The operator is 28-year-old Davontai Lee.

Officials responded to the fair, helping the trapped man slide out of the ride. Police said he was trapped for about 15 minutes. Once freed, he was rushed to the hospital to receive treatment for his injuries.

"When you see that it kind of changes your point of view, and personally, I don't think I'll get on another fair ride," said Keirra Peterson.

Peterson's mother, Aurelia Smith, was the person who recorded the incident on her phone.

The man trapped was one of several operators working on the ride, WJXX reported.

Law enforcement said he was trying to retrieve someone's property and was caught in the ride due to bad timing.

"The man went down to get another person's hat and I guess the floors, or whatever, went down ... and pinned him in," Peterson said.

Peterson said you could hear Lee crying for help.

"I didn't really expect that. I never thought that since that boy the other week that fell off that ride, I didn't think I would experience another ride malfunction," Peterson said.

RELATED: Video of Tyre Sampson falling is one of the worst tragedies he's ever seen, attorney Ben Crump says

The ride is still up and functioning at the Clay County Fair. There were no problems with the function of the ride.

"The ride had nothing to do with this. The ride is functioning properly. The sheriff's office, along with fire and rescue, did an investigation," said Chief Jeff Johnson with the Clay County Sheriff's Office.

Lee declined to do an interview with First Coast News but said he is still in pain and in shock.