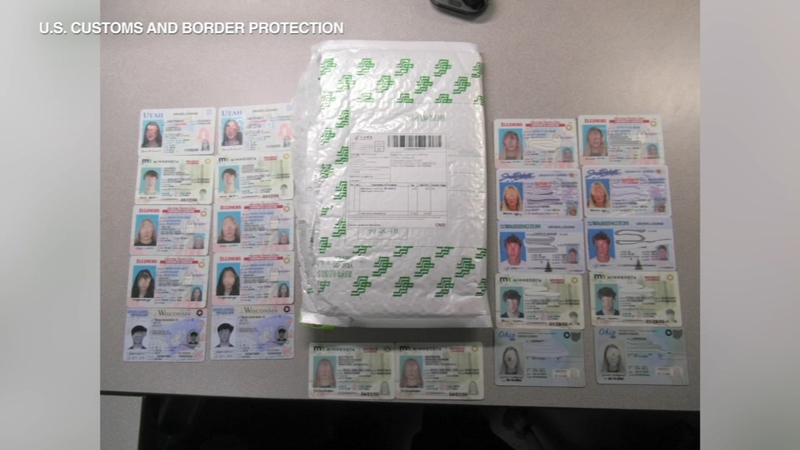 CHICAGO (WLS) -- Customs agents discovered hundreds of fake IDs being shipped through the international mail facility at O'Hare this month.

"Counterfeit driver's licenses are used by young adults who have not yet reached the legal drinking age," said Shane Campbell, area port director-Chicago. "Not to mention the criminal consequences, CBP's interception of these IDs significantly reduces the chances for alcohol to be purchased by underage individuals and hopefully reduces the consequences of their actions, including deadly accidents."

They were hidden among handbags, jewelry boxes and toys.

Most of the shipments came from China, officials said.