FBI-Chicago warns that gang cabal may be targeting CPD officers 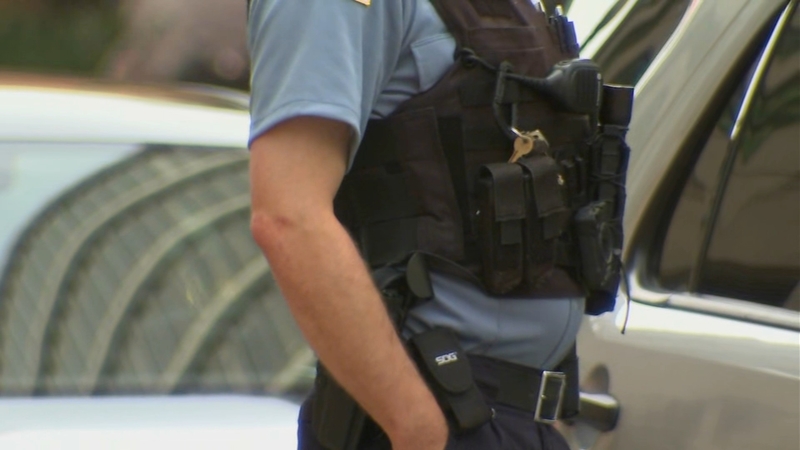 FBI-Chicago warns that gang cabal may be targeting police officers

CHICAGO (WLS) -- A federal intelligence alert obtained by the ABC7 I-Team has gone out to Chicago-area law enforcement with an ominous warning: nearly three dozen cold-blooded street gangs "have formed a pact to 'shoot on-sight any cop that has a weapon drawn on any subject in public'."

The "situational information report" from FBI officials in Chicago dated August 26, 2020, states "members of these gang factions have been actively searching for, and filming, police officers in performance of their official duties. The purpose of which is to catch on film an officer drawing his/her weapon on any subject and the subsequent 'shoot on-sight' of said officer, in order to garner national media attention."

Alerts based on police intelligence, no matter how unspecific, are frequently distributed to law enforcement agencies according to investigators, especially when they involve threats to officers. The FBI's "Potential Activity Alert" is from "a contact whose reporting is limited and whose reliability cannot be determined." That could mean the information came from a police street source, a cooperating witness in an ongoing case, or from discussions overheard on a wiretap or other surveillance recording.

For CPD Superintendent David Brown there is an overall "sense of lawlessness" currently being dealt with by those who serve and protect. Although not commenting directly on the FBI alert, Brown on Monday said the danger to police officers is real and increasing.

This comes after a gruesome weekend in Chicago in which 54 people were shot including two Chicago police officers. The CPD officers are expected to live but ten people died from gunshot wounds during the time span.

There is no indication that the pair of Chicago police officers who were shot during a 2:30 am traffic stop were part of any gang assassination plot as described in the FBI alert. Federal authorities have not offered any further information to the I-Team concerning the intelligence bulletin.

The FBI alert, headlined "Pact Made by People Nation Gang Factions to 'Shoot On-Sight' Any Police Officer with a Weapon Drawn" lists street gangs that have become well-known in Chicago the past five decades, from the Latin Kings and Vice Lords to the El Rukns and Black P Stones.

Supt. Brown said on Monday the spike in attacks on police makes it clear to him that "people are seeking to do harm to cops."

"We need police officers and as community members we need to push back fervently against lawlessness," Brown said.