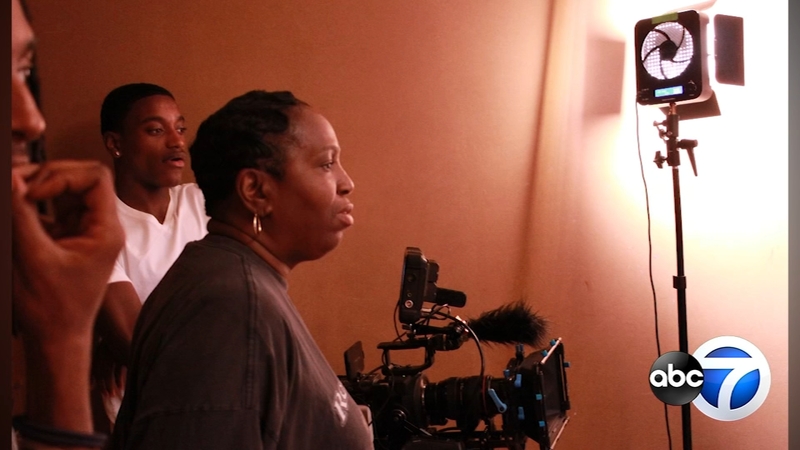 NORTH LAWNDALE, Illinois (WLS) -- A longtime resident of the North Lawndale community is providing a creative outlet for young talent in her community. Kimberly Dixon started her own production company called 3 Daughters Productions.

She didn't start the production company to win awards, but to simply have fun.

"I've always wanted to write and produce movies so I decided to open up my own production company and do just that," said filmmaker Kimberly Dixon.

Dixon's first project featured her grandchild, along with kids recruited from her North Lawndale church. Dixon's writings involve topics important to her community. Her movie "REDD" explores the emotional consequences of losing someone to gun violence.

"Gun violence happens a lot around us, in Chicago, and its hard to see our peers go through that," said Janye Stamps, child actor.

Dixon and parents of the young actors split the cost.

"I do think this is a positive outlet," said child actor Jori Schorter.

Dixon said providing a creative and safe environment for the children of North Lawndale is priceless.