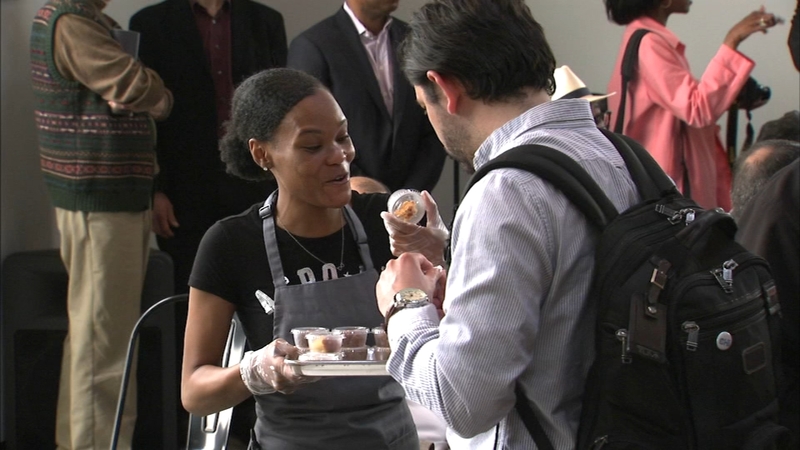 CHICAGO (WLS) -- Food options are multiplying in a Far South Side neighborhood as the first food hall south of Chinatown opened Thursday.

Longtime Pullman resident Eric Pickett now has a place close to home to get his morning coffee with the opening of One Eleven Food Hall.

"Well needed, much needed for the neighborhood," Pickett said.

The One Eleven Food Hall, developed by Chicago neighborhood initiatives, currently houses three South Side restaurants and is located in the 111th Gateway Retail Center.

Developed by Chicago Neighborhood Initiatives, the new food hall is just steps away from the Pullman National Monument opening in 2020.

"One Eleven Food Hall is just the latest milestone. Three-hundred and fifty million dollars in investment and over 1,300 jobs," said Ciere Boatright, of Chicago Neighborhood Initiatives.

James Gray, whose company manages and operates the space, said the concept not only serves as a restaurant incubator, but also as an economic anchor for the area.

"There was a severe lack of food options here, so this was a necessary piece to the large-scale development," Gray said.

The food hall is home to Laine's Bake Shop, the well-known Majani's Restaurant that serves vegan soul food, and Exquisite To Go, which serves breakfast, lunch and dinner.

"We've gotten to know the neighbors. We're friends with a lot of people around and they've been telling they're friends, so we expect it to be a really huge opportunity," said Rebecca Cortés, Laine's Bake Shop.