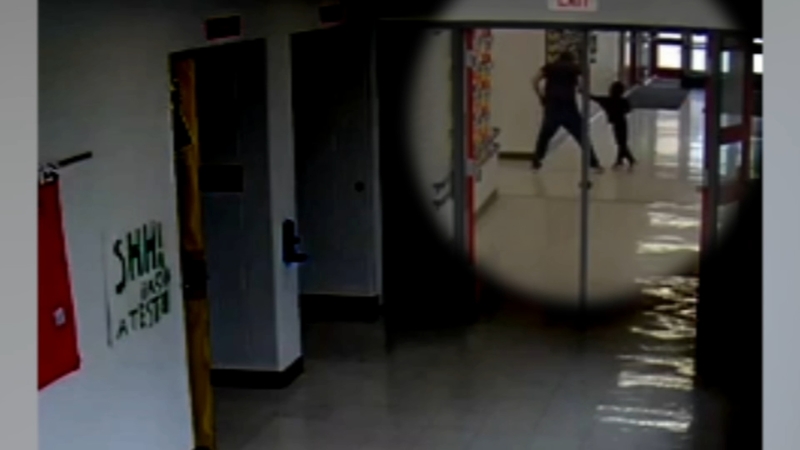 LAKE COUNTY, Ill. (WLS) -- A former school worker at Millburn Elementary School in Old Mill Creek, Ill., has been charged after a 4-year-old special needs student was allegedly dragged and hit while in school in an incident that was caught on camera.

Peggy McCarthy, 53, is charged with felony aggravated battery. The student's mother is furious.

"She abused my child," Shakela Frierson said. "She yanked his arm twice, and she got behind him and spanked him. You don't have the right to do that. I don't hit my children."

Frierson said her son Kamren, who was born premature, has problems communicating. She said he was left bruised and battered after being grabbed, pulled, and struck in the back.

"There's nothing she can say that could justify her actions," said Frierson.

On April 11 at the time of the alleged incident, McCarthy was working as a school paraprofessional for Special Education District of Lake County, which had a program at Millburn Elementary School in Old Mill Creek.

Authorities said the incident happened at the school, but Millburn staff was not involved.

"I feel like she needs to go to prison," Fierson said.