What are ghost guns? Firearms made from kits can be ordered online, assembled in minutes, have no serial numbers
WLS
By Jessica D'Onofrio and Michelle Gallardo 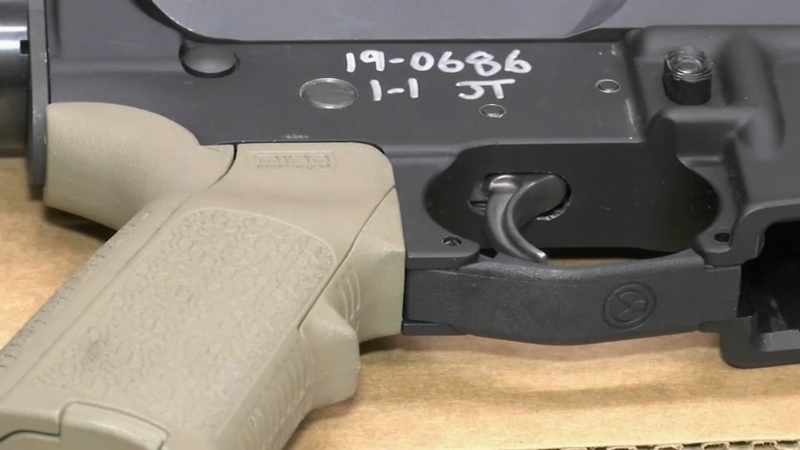 Illinois became the first state in the Midwest to ban ghost guns, as lawmakers are under pressure to curb violent crime.

Pritzker signed legislation restricting the sale and possession of ghost guns Wednesday morning at the Ark of St. Sabina's gymnasium on the South Side.

Ghost guns are firearms that are made from kits that can be ordered online or 3D printers and assembled in minutes. They don't have serial numbers and are untraceable.

"If you can buy a gun online and put it together in 30 minutes, that's a problem," said Pam Bodley, founder of anti-violence group Purpose Over Pain.

In December, police said a man armed with a ghost gun shot and killed a 71-year-old man in Chinatown, executing him in broad daylight.

The victim's family has said it's unclear why anyone would have a gun like that unless it's for the wrong purpose.

"The only people who need untraceable guns are people trying to evade the law," said Rep. Kam Buckner, who sponsored the bill.

Last month, he along with the Justice Department, announced a rule to keep businesses from selling them without a serial number.

Those who already own ghost guns can make them legal by bringing them to a gun shop, where a serial number can be put on them, according to the new law.

The new law will go into effect this summer.

Gun rights activists have said the laws will make little to no difference when it comes to combating gun violence, since most guns used to commit crimes are not purchased legally.