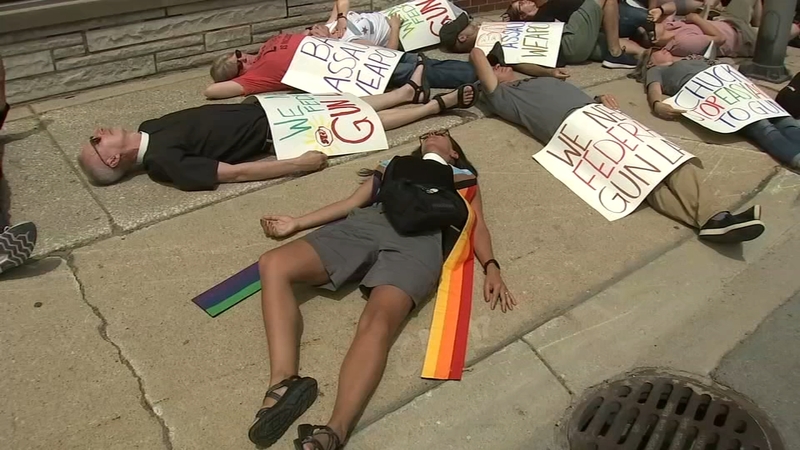 Joined by their supporters, the pastors and ministers from the Chicago area held their "Die-In" on the sidewalk in front of the gun dealer, which they said continues to be one of the main sources of guns used in crimes in the city.

"Two in five guns from police crimes came from this store," said Rev. Ira Acree with Greater St. John Bible Church, "40% of the guns picked up come from Chuck's."

The owners of Chuck's and their employees declined to comment.

"These senators in Washington parade fake righteousness," said Father Michael Pfleger with St. Sabina Catholic Church. "They talk about respect for life. They talk about fighting against abortion in the womb, but they don't care about abortion once they are born."

Although not directly touched by gun violence, almost all participating in the protest hope their effort will save lives.

"Sometimes it's hard because I want some change, even if it's small, I want something," said protester Ami Plummer.

"We see the overlap in so many different ways as how it's affecting our community and the Chicago community as well," added fellow protester Scot Gillam.