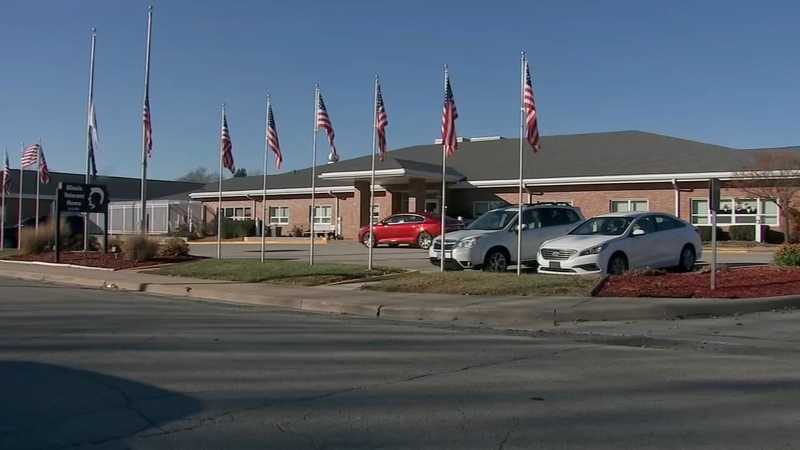 CHICAGO (WLS) -- The ABC7 I-Team has learned that relatives of some veterans who recently died during a widespread COVID outbreak at the state nursing facility in Lasalle are planning to file a lawsuit in January.

As of Tuesday night, 34 veterans died at the Illinois Veterans' Home in downstate LaSalle. That is a quarter of the population in that facility and now at least five families are planning to bring a lawsuit against the facility and state officials. In a few weeks, by the time it is actually filed against officials-some of whom have already been fired-there may be many more loved ones of dead veterans signed onto the suit.

RELATED: Illinois losing battle to save veterans from COVID-19 at state care facilities

Chicago attorney Mike Bonamarte says that "something happened" in that veterans' home to trigger an early November COVID outbreak. Bonamarte said it might have been a Halloween party that was apparently attended by staff. But whatever happened to get the virus inside the facility so suddenly according to Bonamarte, it was the "inexcusable" and sloppy safety procedures found by state investigators that helped spread it.

"The inappropriate hand sanitizer; alcohol free based hand sanitizer," Bonamarte cited from a state investigative report. "They observed inappropriate screening protocol at the staff entrance to the facility. They reported staff congregating, not social distancing; not always wearing masks or having their masks around their chins."

He says the suit will be filed at Illinois' Court of Claims because it's a proceeding against a state agency. Until a few years ago the state Court of Claims legal venue had a 100-thousand dollar cap for damages; now its 2 million dollars per victim.

Bonamarte told the I-Team he didn't know whether there was a criminal investigation open at the LaSalle facility and that he didn't want to "speak out of turn until we know exactly what the investigation reveals and whether the conduct of the leadership rises to that level."

Former federal prosecutor and ABC7 legal analyst Gil Soffer noted that criminal cases are much tougher to bring and to prevail on. "The standard of proof is much higher" said Soffer. "It's 'beyond a reasonable doubt' rather than 'by a preponderance of the evidence.' And it requires a showing of intentional misconduct" he said. "What we are looking at here may likelier be a case of negligence rather than intentional or even reckless misconduct. In theory there could be a criminal prosecution...but it's much easier to see how a civil case would be brought."

Soffer described fuel for the lawsuit in the firing of the LaSalle Veterans' Home administrator this month after initial state findings. Also, the facility nursing director was placed on leave as authorities continue to sort through how so many people were infected and died.