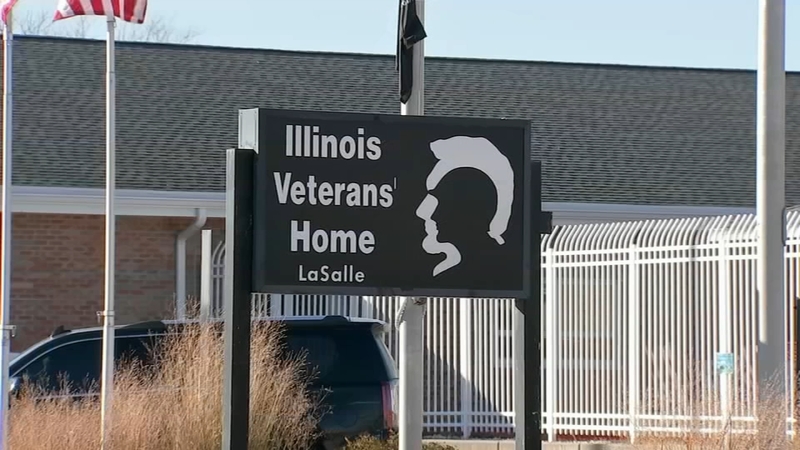 Illinois losing battle to save veterans at state care facilities

CHICAGO (WLS) -- As another former American serviceman dies at the Illinois Veterans Home in downstate La Salle, family members say they have had enough. For the first time since the veterans COVID crisis began at LaSalle in early November, the loved one of a resident is speaking out about the death toll that has now climbed to 28.

Until now Cathy Patenaude has only privately criticized state handling of the crisis. Now she has talked with the I-Team about the fast-moving outbreak that now has infected at least 106 residents and 96 employees.

"People didn't stick to policy and procedure that they saw was working, whether that was a new product ordered for staff to use, whether that was doing something outside of the facility...whatever. I don't know," said Patenaude. "I don't think that this was vicious, malicious or intended. But I do believe that they did not react fast enough. And again, I can't stress enough, what did they do differently?"

Republican state legislators and U.S. Rep. Adam Kinzinger (R-Kankakee) on Monday pushed again for more public hearings on the pandemic response at LaSalle. Illinois Department of Veterans Affairs officials say they have been aggressively fighting the virus spread and are transparent in their efforts, both claims that GOP leaders dispute.

Illinois Gov. JB Pritzker agreed Monday afternoon with critics that there should be an independent investigation of the deadly LaSalle situation and said he has brought in an independent state inspector general.

"I do believe that you know when they turn in a report their interest is the public interest in revealing whatever may have occurred on an independent basis that is what they do," Pritzker said. "It's never acceptable, when we see rampant infection somewhere. Now remember this virus is virulent whenever it gets into a facility like this and it usually comes in through somebody who's coming in the door, right, it's not the people who are there already who are negative, it's somebody coming in the door and spreading it to someone else. And then it spreads to residents."

Pritzker said it was "deeply concerning" that some reports and rumors cite improper conduct by VA home staffers and supervisors who failed to follow procedures.

"I think we'll have to make some broader determinations after we do an investigation here," he said.

However, Pritzker declined to call for a federal takeover of state veterans homes.