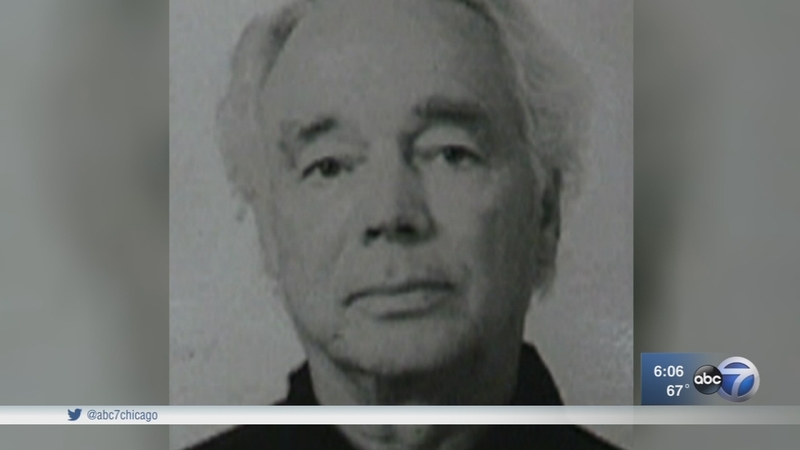 Bailey, the only man ever sentenced in the Helen Brach murder conspiracy, has now lost his last hope to get out of federal prison before his term expires in 2020.

For crime sleuths, the death of candy heiress Helen Brach 40-years ago remains Chicago's greatest unsolved murder mystery. Although her body has never been found, Brach was declared legally dead and investigators suspect her remains were dissolved in a chemical vat in 1977 when she threatened to expose horse traders who had swindled her out of millions of dollars.

Bailey was the gigolo who had sweet-talked his way into Brach's confidence. He was sentenced to 30-years on the "preponderance of evidence" that he was actually her killer as well-a supposition that Bailey has always denied. Preponderance is a less rigorous standard used in sentencing, as opposed to "beyond a reasonable doubt" required during trial.

MORE: President to get clemency request from man charged in Helen Brach case

A five-page motion researched and written by Bailey and another inmate in the Coleman penitentiary in Florida was filed in late June. Bailey's motion asserted "actual innocence -- not of the crime to which he pleaded guilty, but of the far more serious crime of Helen Brach's murder" wrote Judge Shadur, who was also the trial court judge in the original Bailey case.

Shadur called Bailey's motion an "articulate presentation of his arguments then and now." In this week's decision however, the judge said that Bailey was too late in his request for relief. Denying his motion as "untimely," Shadur also restated why the con man was sentenced to three decades behind bars. "He had been so substantially involved in the murder of Helen Brach as to justify the enhancement of his sentence" wrote Shadur, in one of his final decisions as a federal judge. Shadur is due to retire from the bench at the end of August.
Report a correction or typo
Related topics:
murder mysteryi team
Copyright © 2022 WLS-TV. All Rights Reserved.
RELATED
Helen Brach's philanthropy continues 38 years after murder
Chicago's most famous missing person case began 40 years ago Friday
President to get clemency request from man charged in Helen Brach case
At 87, new legal life for inmate in Helen Brach case
I-TEAM
5G launch could wreak havoc on airplanes, airline CEOs warn
Fight the pandemic burnout
How to spot a fake COVID home test kit
More than $10M of PPE left in the rain in CA county
TOP STORIES
5G launch could wreak havoc on airplanes, airline CEOs warn
Tonga volcano eruption shock waves detected in Chicago
Chicago's south suburbs to get new area code Friday
Police search for hit-and-run driver who killed woman, 37
Rapper Vic Mensa arrested at DC airport for alleged drug posession
Woman killed after being pushed in front of NYC subway train
Aurora Mayor Richard Irvin announces run for IL governor
Show More
What is the Black church's role in today's social justice movement
Chicago sports broadcaster Les Grobstein dies at 69
Oakbrook Center 911 calls released: 'Somebody's shooting the mall up'
Cop who bungled homicide case involving Daley's nephew promoted
Chicagoans look forward to ease of free at home COVID test kits
More TOP STORIES News