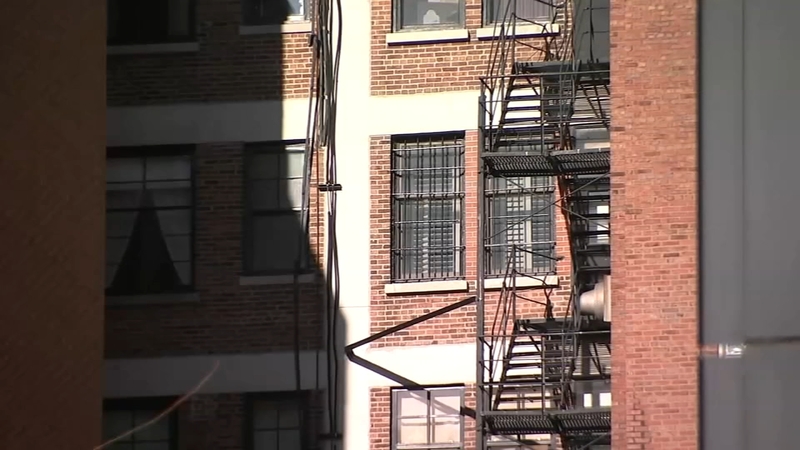 What high-rise residents should never do if there's a fire

CHICAGO (WLS) -- In the midst of a frigid January, the Chicago Fire Department issued a plea for the thousands of city residents who live in high-rise buildings to take caution if there is a fire.

"They're vertical towns," said District Chief Walter Schroeder, Chicago Fire Dept. "Some of them have populations of a lot of surrounding suburbs."

Schroeder said if there is a fire in your high-rise building, do not take the elevator, do not go to the roof and do not break out a window.

"Once you break out a window, you're inviting that toxin into your area," Schroeder said. "There's no way to stop it. Do not break out the window. If you need air, open it slightly, but do not break it out."

On Sunday, a fire that appears to have been started by a faulty space heater in a Bronx apartment forced the residents running out of their unit, leaving their door open and sending deadly smoke throughout the building. Seventeen people died, including eight children.

SEE ALSO | Deadly Philadelphia fire may have been started by child playing with lighter, warrant says

"Self-evacuation can be extremely dangerous," Schroeder said. "If it's not inside your unit, stay where you are at. If you feel like you're in danger, smoke is entering your space, call 911 immediately."

"Making sure they have working smoke detectors in the right places, make sure they are working properly," said Susan McKelvey, with National Fire Prevention Association. "If nothing else out of these tragedies, we hope that people will use this as an opportunity to know they really are prepared."

High-rise residents are also urged to have a flashlight and whistle to signal for help in case of a fire.