Some schools let students out early, excuse absences so they can attend games
WLS
By John Garcia 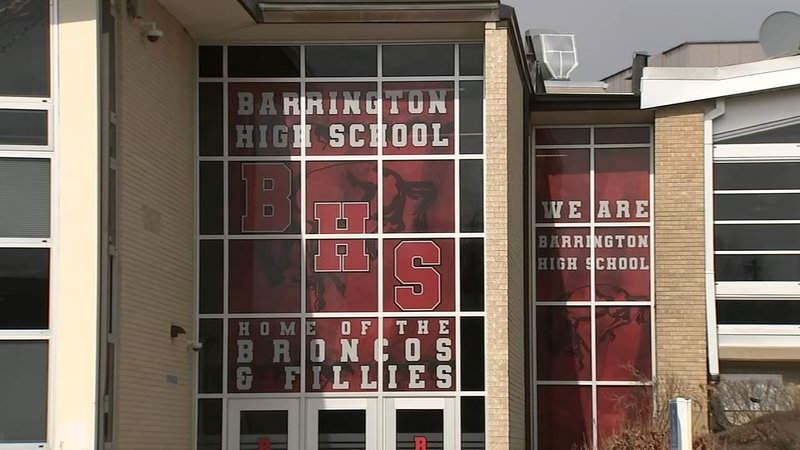 BARRINGTON, Ill. (WLS) -- It was a break from serious schoolwork for some middle school students in Barrington.

They cut class periods a little short on Friday so everyone could watch the high school's boys' basketball team play Whitney Young in the state semi-final in Champaign. And the Broncos were off to a big early lead. It's a great experience for the students.

"The hallways the whole day have been filled with red and black and white. They're excited," said Jim Aalfs, the school's principal.

Barrington is one of six Chicago area schools in the top two divisions playing downstate Friday.

Whitney Young sent its team downstate after a big pep rally at the school yesterday. Glenbard West, the top ranked team in the state, is considered the favorite. And for all the schools going to state, it is a big deal, not only for the players and coaches, but the entire community. Bolingbrook sent its players off Thursday with much fanfare and they are letting kids out of school a little early Friday so they have time to make it to the game.

"It's really special for our players, coaches and community," said Rob Rose, the school's athletic director.

At Barrington High School, they excused the absence of any student going to the game. The ones who couldn't make it to the game were a little distracted.

"Yeah, I'm excited that the Broncos get to go to state," said Izzy Wicks, a Barrington sophomore.

School administrators said for students, the experience of watching their team go downstate is one they will never forget.

"Years from now, the names of these varsity players are the ones that are spoken about by those coming through the ranks. So it's really special," said Athletic Director Mike Obsuszt.