It was, in every way, a love fest.

"This stage is usually graced by the elegance of ballet dancers, and I would say it's never been graced like this moment," Emanuel said during the interview.

As Clinton sat down at the Harris Theatre to be interviewed by Emanuel on her new book, there were no hard hitting questions.

Rather, the mayor, who is a former Clinton white house adviser, gave the former Secretary of State every opportunity to list her achievements and to begin what appeared, at times, to be a soft launch of a 2016 run for the presidency.

"What we have now is too much policy being made in an evidence-free zone," Clinton said. "Whatever sounds good. Whatever the lowest common denominator is. We have to get the rest of the country in this. We have to rebuild the consensus for the American Dream in America."

In many ways, the event had the all trappings of a campaign event. A large group of so-called independent supporters greeted attendees, passing out "Ready for Hillary" paraphernalia and encouraging folks to sign petitions in support of a Clinton run. This was exactly the right kind of audience for it too.

"It was fantastic," said Robierere Hill, an attendee. "She was calm. She was poised. She was inspiring. She was amazing."

"She's like a rock star," said Patrick Dwyer, an attendee. "She's got the women's vote. And I think she's very electable."

But is the book tour really a cover for a presidential run? David Axelrod, a former political adviser to both Bill and Hillary Clinton, said that while the book tour certainly gives Clinton a lot of exposure, that can work both ways, especially when there are still two and a half years left before the next election.

"There are some risks associated with it, because it starts the campaign earlier than she would like," Alexrod, a political analyst, said. "As you can see, every word she utters is now the subject of huge controversy and speculation, which is what happens when you become a candidate."

Following Wednesday's event, Clinton left Chicago to continue her tour, which over the next few days will take her to Philadelphia and Washington, D.C. 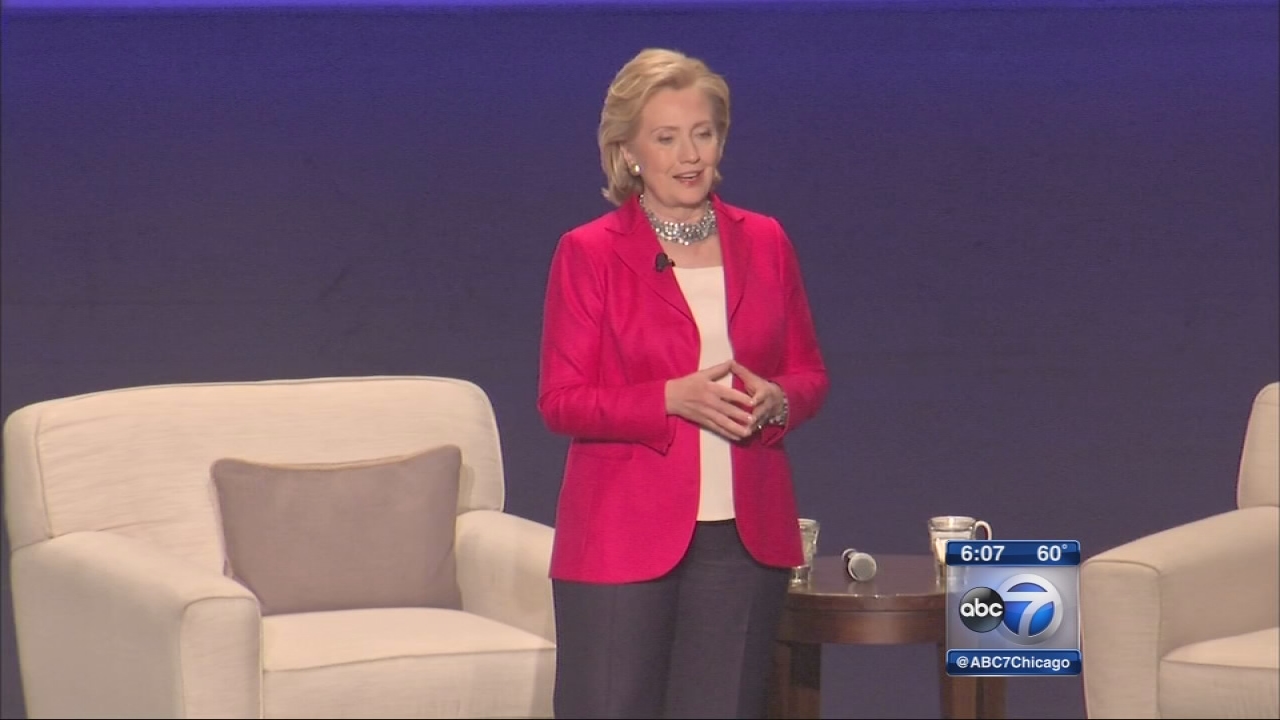