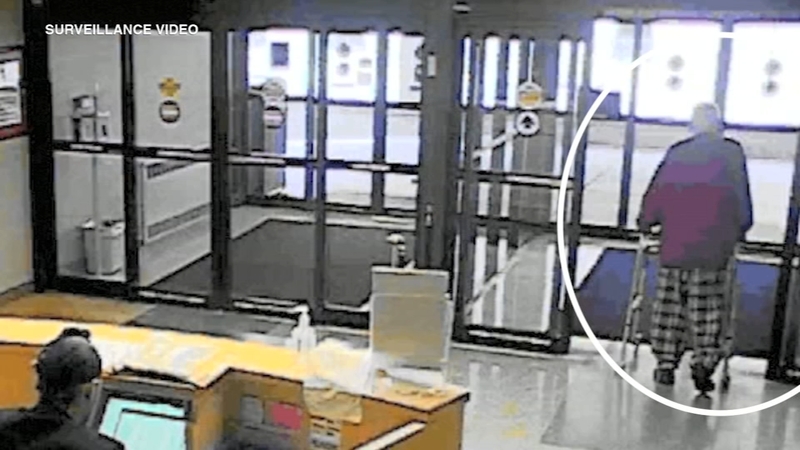 CHICAGO (WLS) -- The family of a stroke patient is suing Swedish Covenant Hospital on Chicago's Northwest side, saying the man died after he walked out of the facility and fell.

The family is claiming that doctors had allegedly issued a warning to hospital staff that the man was a high-risk patient.

Video from a security camera at the door shows the 87-year-old stroke patient leaving the hospital with the aid of his walker. He is apparently in full view of the nurse's station, yet no one questions him.

His family said doctors identified Severino Alonso as a high-priority patient for supervision. Yet, they said, when he asked the nurse for his clothes and shoes, the nurse handed them to him with no questions. Moments later he got on an elevator then walked out of hospital door.

About an hour after leaving the hospital, attorneys said a bystander found Alonso on the sidewalk roughly a mile from the hospital. He had severe cuts and trauma to his head. Attorneys said nurses at the hospital were alerted two hours after Alonso walked out of the hospital that he was missing.

His family said he was a devoted husband, married 62 years, a father of three and grandfather of seven. After he was found bleeding on the sidewalk, paramedics brought Alonso back to Swedish Covenant Hospital's emergency room.

His family believes his condition deteriorated quickly as a result of his injuries. He died nine days later. They have filed a lawsuit against the hospital.