Paramedic leaves fire to deliver baby across the street 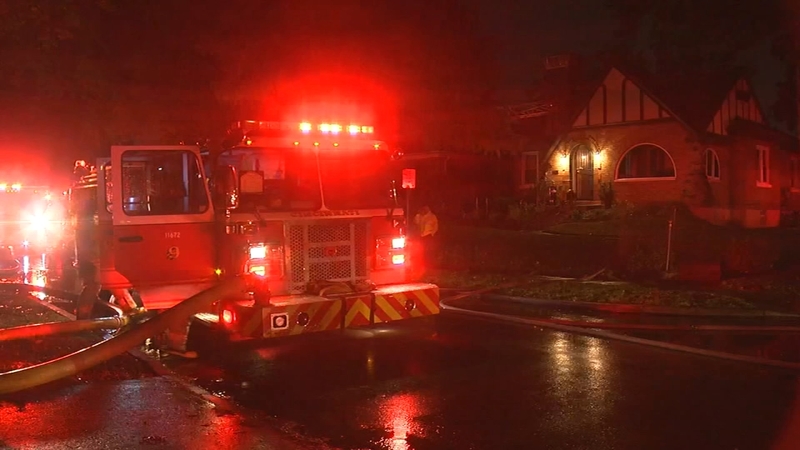 CINCINNATI, Ohio -- A firefighter-paramedic was diverted from a fire for a very special delivery in Cincinnati,Ohio Wednesday when a woman went into labor unexpectedly.

WCPO reports that Elaine Wise's pregnant daughter told her mother her water broke and then said "..mom I have to push."

Wise says, "And the next thing we know her head was out."

It was a surprise Wise didn't see coming -- welcoming her granddaughter Razia Rae Lee into the world.

"It happened so quick," Wise said. "Next thing i knew here came all the paramedics. Thank goodness they were just across the street."

They were literally across the street, where a fire was burning at the same time.

"When you're dispatched on a call you have a game plan in your head based off what they dispatch and what you're going to do," said Keshia Terry, the paramedic who assisted Wise's daughter with the birth.

But that game plan quickly changed for Terry, who expected to help a fire victim.

"Just as we're pulling up to the stretcher to the front of the house, chief said, 'see that house across the street over there?' I said, 'yes sir.' He said, 'there's a woman in there giving labor. Can you go help deliver her baby for her?,'" Terry said.

In just seven minutes, Terry helped 33-year-old Latora Jackson and her newborn get into the ambulance with one of the obstetric kits they keep handy in each fire engine.

"In here are the scissors to cut the cord, which the dad got to do last night which was awesome," Terry said. "I really liked that."

Terry has delivered three babies on the job before, but they didn't compare with Wednesday night's experience.

"This is the first that we've responded to a fire then dumped ship and delivered a baby," Terry said.

"They're all healthy and we wish them the best for them," Wise said.

"We don't really have a lot of the happy ending stories so it's nice that we can be called away from a fire to help somebody come into this world. It's really awesome," Terry said.