VIDEO: Family salvages what they can from home pummeled by Hurricane Michael 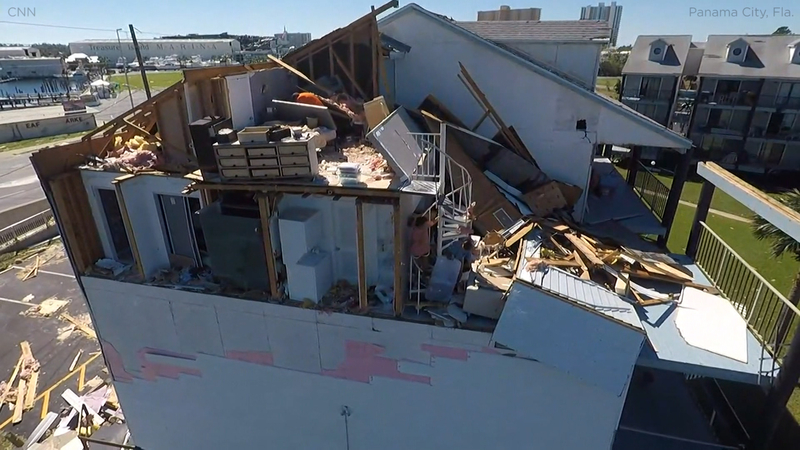 Family sifts through wreckage from home pummelled by Michael

PANAMA CITY, Fla. -- As Floridians began to return home after mammoth Hurricane Michael tore through the Panhandle, families around the area were tasked with salvaging what they can from the wreckage.

Drone footage captured by a CNN crew showed one Panama City family picking through the wreckage on the upper floor of their badly damaged home. Part of the building's roof and ceilings had been completely ripped off by the storm, leaving the home's interior rooms clearly visible from the outside.

Three family members were seen sorting through what appeared to be a bedroom, where a bed, dresser and television were clearly visible amid the wreckage. A spiral staircase leading down to the floor beneath was also still intact, as were a washing machine and dryer.

Damage was widespread across Panama City and other parts of the panhandle. Tyndall Air Force Base suffered catastrophic damage, and nearby Mexico Beach was nearly wiped off the map when Michael blew ashore there on Wednesday with devastating 155 mph winds.

Hurricane Michael's winds were strong enough to blow a freight train off its tracks in Panama City, Florida.