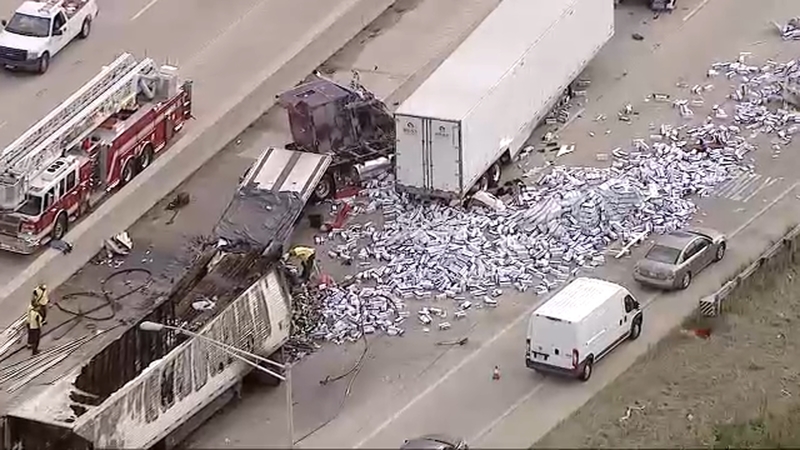 CHICAGO -- Five people were injured, one of them seriously, in a five-vehicle crash Wednesday on Interstate 80, according to the Illinois State Police.

A five-unit crash, including three commercial vehicles, closed all westbound lanes of I-80 and part of Interstate 355 near southwest suburban New Lenox. They reopened overnight.

Officials say just before 4:30 p.m., a semi-trailer failed to stop for traffic ahead, rear-ending another semi near milepost 141, just east of I-355. The impact of the crash caused the two semis to veer left, colliding with a third semi.

The second impact caused the first semi to become engulfed in flames and the second to rollover onto the road.

The third truck then struck a fourth vehicle, causing it to collide with a fifth vehicle.