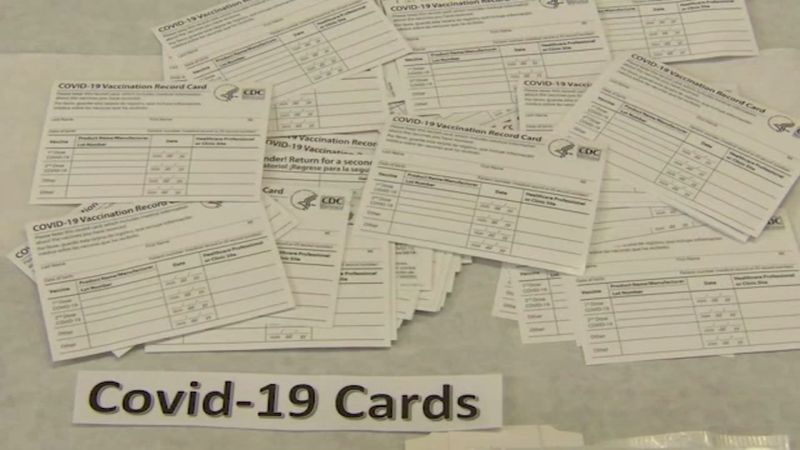 CHICAGO (WLS) -- Federal law enforcement officials are warning that criminals in China may be flooding the U.S. with fake vaccination cards. The I-Team first reported on this growing problem last November. Now, a special alert is out from US intelligence officials.

As the I-Team uncovered three months ago, seizures of fake vaccine cards were increasing.

Customs and Border protection officials in Chicago showed the I-Team their plans to intercept thousands of bogus cards from China; last fall they were already stopping shipments destined for Illinois, Ohio and Texas.

"The cards coming in primarily to those three states?" Chuck Goudie asked.

"They are coming into those three," LaFonda Sutton-Burke answered.

When asked what that means to her, she clarified "They target states where there is demand."

Now, according to an alert obtained by ABC News, U.S. Homeland Security officials are providing new details about the threat.

The new bulletin details "an uptick in seized fake blank COVID-19 vaccination cards smuggled to the United States from China."

According to US intelligence, prior to the vaccine mandate last summer, there were seven seizures of bogus card shipments. From June to October, U.S. officials seized 424 packages of fake cards. The most of the card seizures were in August 2021.