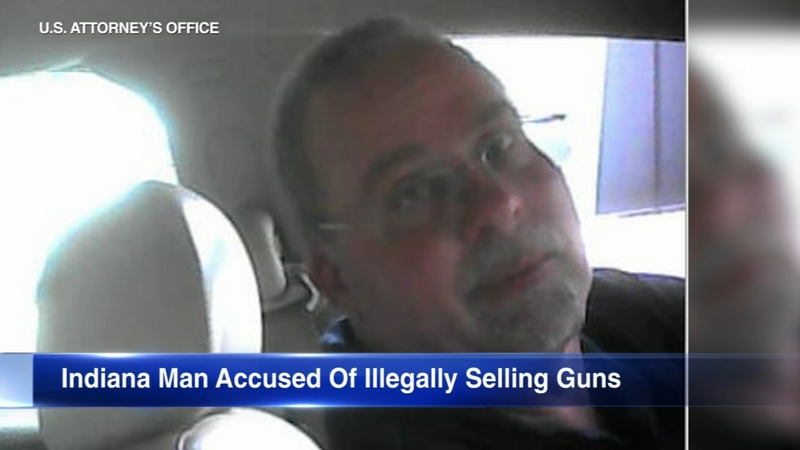 CHICAGO (WLS) -- An Indiana man is facing federal charges for allegedly illegally selling dozens of handguns and assault rifles in the Chicago area, according to prosecutors.

According to the U.S. Attorney's Office, 55-year-old Wayne Tucker of Albion, Ind., is charged with one count of dealing firearms without a license and one count of distribution of a controlled substance.

Prosecutors say Tucker sold 39 guns on four occasions from April 2019 to February 2020. Three of the alleged sales took place in Dolton, and one was in Hammond. All four of those sales were made to an undercover police officer, prosecutors said.

Prosecutors say that when Tucker was setting up those deals, he told the undercover officer he had several people supplying him with firearms that had been bought at gun shows in Indiana.

Prosecutors also charged Tucker for allegedly selling the undercover officer about 1 lbs. of marijuana during the February gun sale.