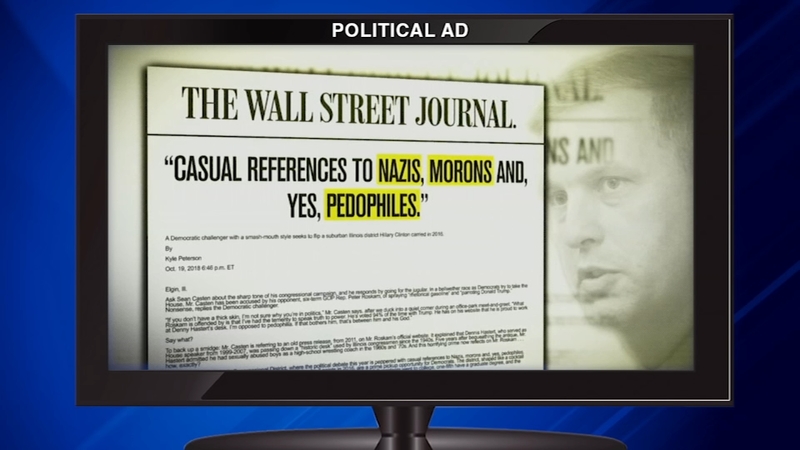 On the eve of the midterm elections, political attack ads are filling the airwaves to persuade last-minute voters.

An infusion of cash has triggered a commercial buying spree in the final days of many political campaigns. Experts say the 2018 election season has seen some of the most negative campaign ads.

Andrew Rojecki, a communications and political science professor at the University of Illinois-Chicago, said that negative ads are used because people, by nature, remember bad things.

A social media-fueled, polarized electorate and a president who has broken all the rules, has created a perfect environment for extreme negative ads, Rojecki said.

"Trump doesn't pay attention to the norms, ordinary political norms, he sort of allows people to say things they would not ordinarily say," Rojecki said.

There are more ads on television, and PACs and outsides groups are not just spending money on the big races, but also smaller state races.