WLS
By Sarah Schulte
CHICAGO (WLS) -- The federal government has a plan to make Covid-19 vaccines available for free to all Americans.

Under the plan, rollout will begin gradually in January or possibly even in late 2020. The initial focus will be to protect health workers and other essential employees.

While living with the pandemic has become a way of life, most people are anxious for their lives to return to normal. A vaccine is a means to the end, but are Illinoisans willing to get one?
Some are for it.

"Covid is such a bad thing, I'd like to do it to protect myself and other people," said Miorita O'Connell.

"I guess I would trust the scientists and researchers more than anybody else. If they green light I'm in," said Eric Druhan.

Others said they feel a bit reserved.

"It depends on if the science, if it's good then I might trust that," Robin Davenport said.

As an incentive to get the population vaccinated, the Trump administration plans to offer every American a free one. Two doses at separate times will be required. In a sweeping three phase plan released Wednesday, the CDC has a playbook for states and local municipalities on how a vaccine will be rolled out: limited doses at first, transitioning into large doses for the general population later.

Governor Pritzker said the state is working on its own distribution plan.

"I would say that it's extraordinarily important to be that we get it to the most vulnerable people first and as quickly as we can making sure we are distributing something that is truly safe," he said.

Medical experts say safety is key, despite efforts by the Trump administration to roll out a vaccine soon.

"The most likely scenario is that when the vaccine is released it will be approved under emergency use authorization by the FDA. What that means is it will be available for use but still will require further study," said Dr. Robert Citronberg, Advocate Aurora Health Executive Medical Director for Infectious Disease. He believes people may want to wait until vaccines are studied further.

"Even if a vaccine were released tomorrow, it may take several months to ramp it up thought it the population to the point where everyone would want to get one," he said.

Doctors say a vaccine is not a cure, and is a part of the process

If all goes as planned with a vaccine rollout, the CDC believes life could get back to normal by summer of 2021, but other medical experts say it may take longer than that.
Report a correction or typo
Related topics:
health & fitnesscoronaviruscoronavirus chicagocoronavirus illinoiscovid 19 pandemiccovid 19
Copyright © 2020 WLS-TV. All Rights Reserved.
CORONAVIRUS ILLINOIS 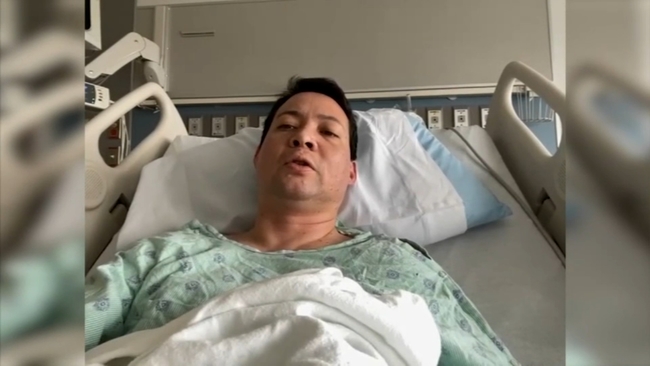