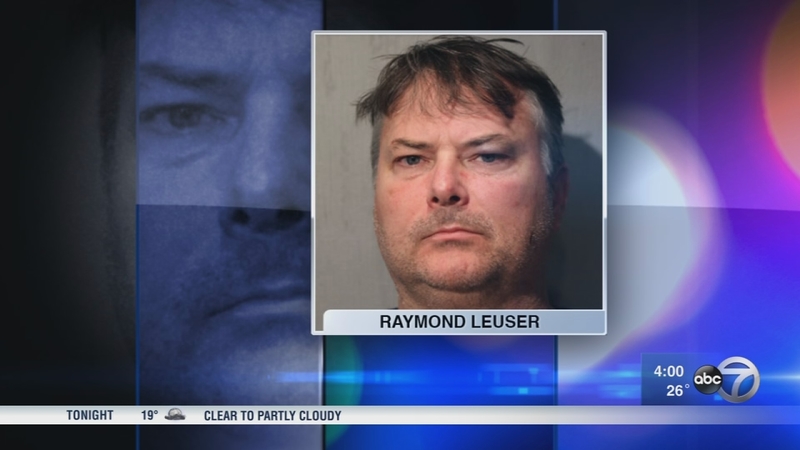 CHICAGO (WLS) -- A sergeant at the Indian Head Park Police Department charged with trying to murder his 22-year-old son was being held without bond on Thursday.

Raymond Leuser III, 48, is the second-highest ranking member of the southwest suburban department, which he has been a part of for the last 20 years. It's a small police force, made up of about 26 employees. He served as interim police chief for about a year before the current chief was hired, Indian Head Park police said in a statement Thursday.

Leuser's son was shot in the chest, both shoulders and the leg at their home in the 6200-block of South Nashville Avenue in the city's Clearing neighborhood around 2:30 a.m. Tuesday. He called 911 to report the shooting and came out of the home with his hands in the air, CPD said. The 22-year-old man was transported in critical condition at Advocate Christ Medical Center in Oak Lawn. Officers found blood, shell casings and other evidence in the home.

Prosecutors said Leuser had bought pizza, popcorn and a bottle of vodka from a convenience store earlier in the evening. Leuser's son, who lives in the basement of the home, drank several cups of the vodka and replaced it by pouring water in the bottle, according to prosecutors. A short time later, the son approached his father in the kitchen, and that's when Leuser began firing.

Leuser was taken into custody Tuesday and was charged Wednesday attempted first-degree murder and aggravated battery/discharge of a firearm, both felonies, Chicago police said.

Indian Head Park police said the department is cooperating fully with the CPD's ongoing investigation and would have no further comment at this time.