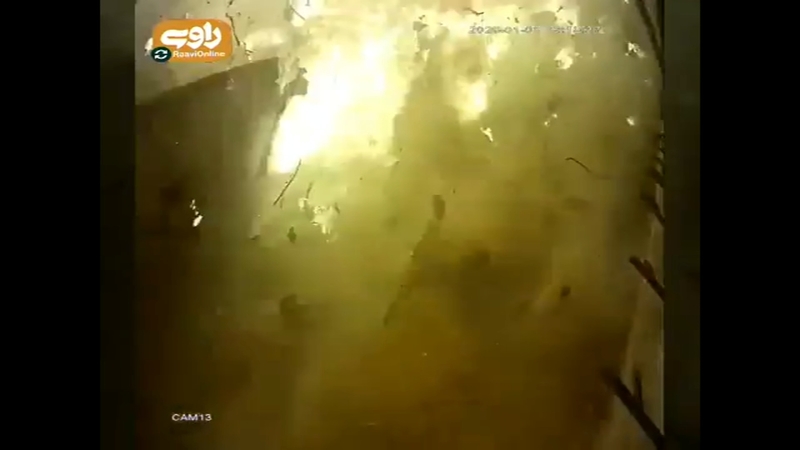 U.S., British and Canadian authorities agree it is "highly likely" that Iranian anti-aircraft missiles shot down a Ukrainian jetliner this week.

The question is whether that missile launch was intentional.

ABC7's I-Team is sharing pictures, video and evidence that investigators say supports the early suspicion that this was no engine problem, as Iran first claimed.

On Tuesday, a few hours after Iran's military deployed a barrage of ballistic missiles onto airbases in Iraq where American troops were housed, video shows what appears to be a missile striking an object in the sky. Then, a short time later on the ground underneath, another chilling security video played on Iranian media shows the moment of impact.

"The evidence indicates that the plane was shot down by an Iranian surface-to-air missile," said Canadian Prime Minister Justin Trudeau on Thursday afternoon.

"We have intelligence from multiple sources, including our allies and our own intelligence," Trudeau said.

Wreckage photos of outward-in shrapnel holes seem to support the belief that it was a missile strike.

A U.S. official confirmed that an American satellite detected the heat signature of two Iranian air defense missiles launched at the Ukrainian jetliner.

"If they mistakenly shot down this aircraft, which would have been with a Russian-made missile actually," said Sen. Tammy Duckworth, (D) Illinois. "So again this reinforces my concern about Iran, their ties to Russia, Russia's influence over the area and also Iran's influence over the region," Duckworth said in an answer to questions from ABC7.

President Trump was also asked about the suspicious plane crash in Tehran.

"Well, I have my suspicions," Trump said. "It was flying in a pretty rough neighborhood, and somebody could have made a mistake."

Sen. Duckworth, an Iraq War veteran, suggested that the plane crash is part of a continuum of bad moves by President Trump.

"This is an ongoing issue where we have this poor decision by the president led to a chain of events that is now making America's national security less safe," she said.

Duckworth said she "won't shed a tear" for the top Iranian general killed in a U.S. drone strike.

"He deserves to be dead," she told ABC7.

But she's questioning how the mission that started all this was executed and how the White House is dealing with fallout.