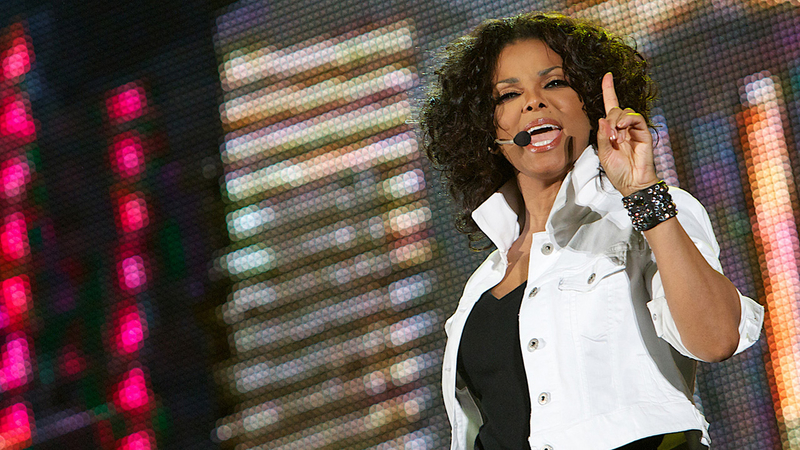 It may be Justin Timberlake's big day, but the name on everybody's lips today is Janet Jackson, so much so that Super Bowl Sunday has been dubbed Janet Jackson Appreciation Day on Twitter.

The idea for a day in Jackson's honor appears to have originated with former Cincinnati Bengal Matthew Cherry, who tweeted, "We should do a #JanetJacksonAppreciationDay this Sunday," along with a GIF of Jackson dancing.

By midday Sunday, the hashtag was trending on Twitter as fans shared their favorite memories of the "All for You" singer.

Velvet Rope might be my favorite Janet album. She explored her sexuality and everybody else’s and I Stan. #JanetJacksonAppreciationDay pic.twitter.com/hatwTaMpZt

#JanetJacksonAppreciationDay
I stayed up till 3 a.m. waiting for this video to premiere on BET. That's The Way Love Goes...1993 pic.twitter.com/LlQxadicBG

There had also been intense speculation on social media that Jackson would appear as a surprise guest during Timberlake's performance.

In a statement released Saturday, Jackson denied the rumors. "To put to rest any speculation or rumors as to whether I will be performing at the Super Bowl tomorrow: I will not," she tweeted in part.

Jackson, of course, performed alongside Timberlake during the Super Bowl XXXVIII halftime show in 2004. Their performance ended with Timberlake ripping a piece of Jackson's top off and exposing her breast during the telecast.

There continues to be rampant speculation as to whether the incident was planned in some way. Jackson told Oprah Winfrey in a 2006 interview that Timberlake was supposed to tear off a piece of her costume - their performance ended with the lyric "I'll have you naked by the end of this song" - but that more of her top came off than was intended, and her nipple was never supposed to have been visible.

Regardless, it ignited a firestorm of criticism that prompted more than 500,000 viewers to lodge formal complaints with the FCC, which later levied a historically large fine against CBS. A court later overturned that fine, but CBS's then-corporate parent Viacom still paid out millions to settle other indecency complaints.

As for Timberlake and Jackson, the two artists had very different experiences following the performance, which later was dubbed Nipplegate. Timberlake escaped generally untouched and continued on with his solo career while Jackson was left to battle a yearslong television and radio blackballing that critics say impacted the performance of the three albums she released in the years following the show.