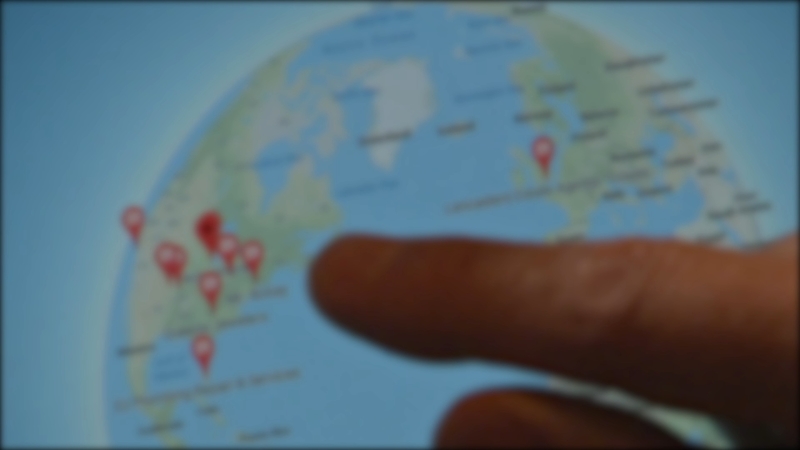 NAPERVILLE, Ill. (WLS) -- If you rely on online reviews to choose your next dinner out, where to shop, or who to hire then you need to see what the ABC7 Consumer I-Team uncovered -- claims of rigged reviews.

Jason Knowles and the I-Team uncovered some reviews that look fake. One restaurant owner said some are real, but were buried.

"It's affecting me, it's affecting my staff, its affecting the livelihood of everybody, the reputation of the restaurant," said Michael Vai, owner of Vai's Italian in Naperville. He blames a 2-star Yelp rating on too many of his "good" reviews being bumped down to a shaded area called "not currently recommended."

"I'm sad about it, you know. All my hard work and for somebody to tell me 'oh yeah, we almost didn't come to your restaurant because you had bad Yelp reviews," he said.

"Making us appear to be a 2-star restaurant that has only been reviewed four times... disheartening is one word we can use for it," Berry said.

The team at Vai's said it does not pay for Yelp advertising. However, they do purchase Yelp ads for their other restaurant, Fire and Wine, in Glen Ellyn. That restaurant, which has a 4.5 star rating, has fewer positive reviews in the "not recommended" section, the team said.

"I'd like Yelp to better express the metrics they're using to either push reviews down or show reviews," Berry said.

Yelp fought back, telling the I-Team that Vai's "...appears to be trying to gain as many reviews as possible, as quickly as possible, likely by asking for them rather than letting reviews accrue organically."

Yelp said that Fire and Wine "... has been receiving reviews for about 8 years, and its recommended review ratio is right in line with the average for all businesses across Yelp. This has nothing to do with advertiser status."

And that overall it has ".. repeatedly warned businesses against soliciting reviews, which its recommendation software may catch.

This Yelp video states, "our recommendation software is looking for opinions positive or negative that we feel are helpful and reliable to consumers."

The company says is makes the software difficult to reverse engineer and "while it may be tough to decipher" how it works, "the rules are the same for every business and every review, regardless of whether or not they advertise with us."

Vai's said it encourages guests to leave online reviews without any incentives, and what should matter is that the reviews are truthful.

"I do think it is flawed to some level there are a lot of legitimate reviews that have been filtered that are worth reading," said Jack Lombardi of Chicago Website Design SEO Company.

"There's many percentage of reviews that are online that are not true. They're just not; they were bought. Unfortunately the internet is the wild, wild west it really is," he said.

How can consumers filter real reviews from fakes? Review expert Jack Lombardi has some tips.

Maria Vazquez, the Manager at Tecnophone, said she would not trust that review.

"We do have a lot of local people who leave really good reviews. We even have them on our Facebook pages and everything," she added.

After the I-Team alerted Google, some of those positive Tecnophone reviews were removed but the user profiles remained.

"The best way is if it lacks detail and the other way is if you go click on their profile and they're leaving reviews all over the world probably not a real account," Lombardi said.

At Vai's, there's now better news about their Yelp rating. They said after the I-Team's investigation, they're seeing fewer positive reviews filtered into that "not currently recommended" section and Vai's restaurant now has 4.5 stars overall.

"Bring the human element into this. The ma and pop's for the world, the me's of the world that got life savings invested in businesses ok," Vai said. "We're working hard to please customers because that's what we do."